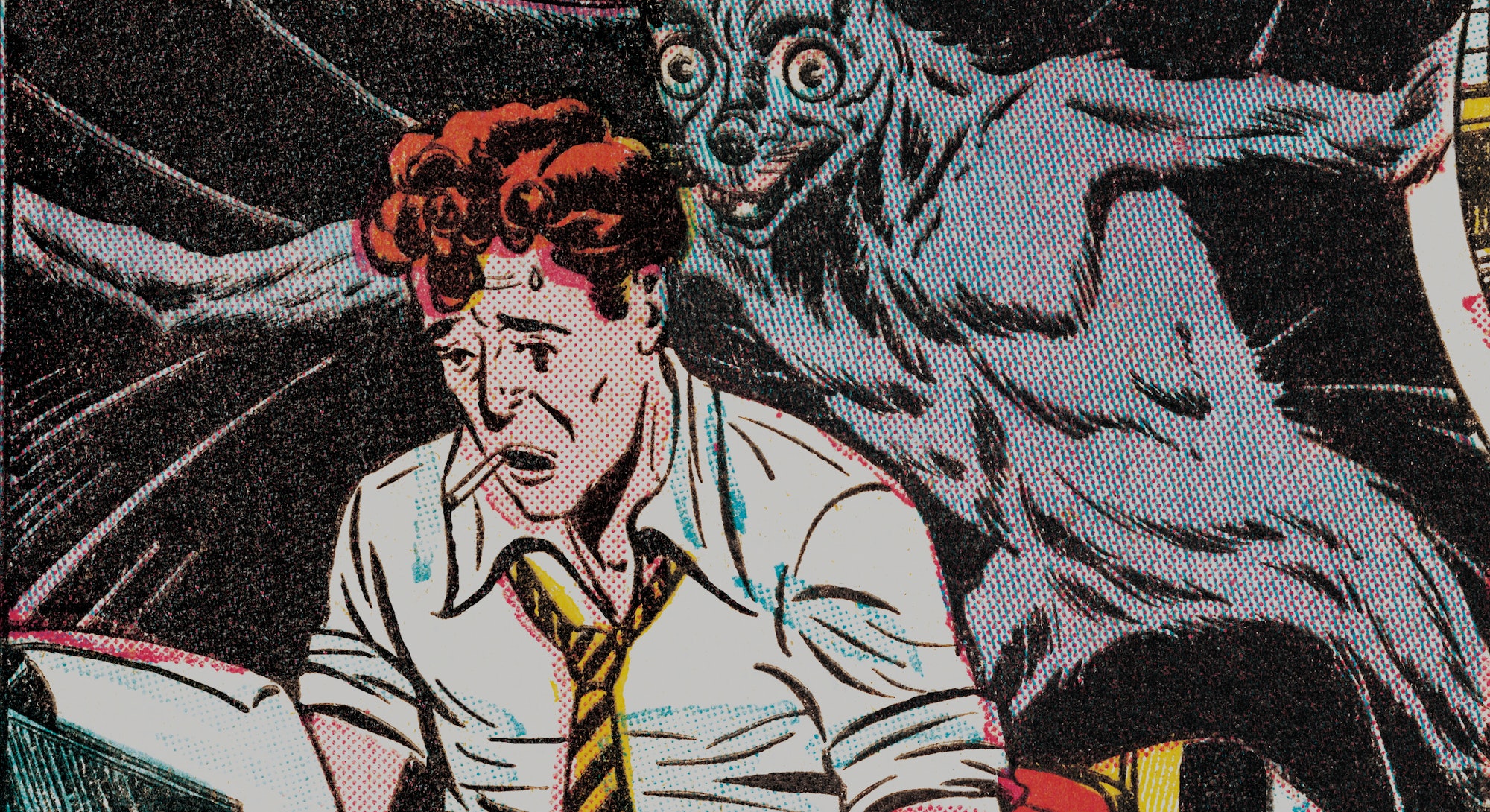 “I live in Seattle but was in Miami selling books of my comics at the Miami Book Fair,” Barnes tells me over Twitter. “So it was mildly notable that I was swimming in the ocean in November, and slightly more notable that it wasn't my usual ocean.”

By 2011, when Twitter was in its infancy, the phrase was being tweeted every day or two. Six years later, with the platform's userbase having grown to 328 million, people were still largely using the phrase seriously. But phrases like “fuck, and I cannot stress this enough, you” were emerging.

“Fuck, and I cannot stress this enough, you.”

Then, in 2018, things changed. Harry Styles stans began to say, “Spit (and I cannot stress this enough) in my mouth”; people regularly began to insert it between “What” and “the fuck”; and, on September 19, 2018, a user called @ovwdesigner seems to have been the first-ever to say, “Yee, and I cannot stress this enough, haw” — an application that perfectly encompasses how flexible and weirdly funny the phrase is.

The words took on a life of their own. If 'And I cannot stress this enough' has a Big Bang, this might have been it.

“We actually emphasize things in various ways,” says linguistics professor Ai Taniguchi, “and one of the ways that we do so is prosodically.” This means, for example, that when saying “I love you” aloud we can stress any word in that sentence. With this technique being harder to do on a written platform like Twitter, a phrase like 'And I cannot stress this enough' comes into its own. It beseeches the reader to appreciate that the word due to arrive at the end of the six-word phrase is intensely important – however much of an anticlimax it turns out to be. Psycholinguist Allison Nguyen says, “You're really putting emphasis on the fact that OK, you expect me just to say 'Yee haw' but I'm gonna stop and make you think about why I want you to really think about the 'Haw' part.”

The other thing written speech cannot replicate well, says Taniguchi, due to all of the words in a sentence being visible ahead of time, is suspense. “How long this phrase is — 'And I cannot stress this enough' — actually creates a delay in the processing of the sentence.”

In July 2019 Peter Woof (not his real name) had had enough. He created a Twitter account that would automatically retweet anyone who used the phrase 'And I cannot stress this enough'. Since then, the account – Can't Stress Enough – has tweeted more than 51,000 times. “I initially created it to make fun of what I felt was an overused phrase,” he tells me by email. “I thought it would be funny to have users thinking 'Wow! Someone retweeted my hot, original take!' only to have them visit my timeline and see a million other tweets saying the same thing.”

“Welcome to – and I cannot stress this enough – Jurassic Park.”

Why is the phrase so funny? “It raises expectations that will definitely fail to be met,” says Barnes. It should be used in urgent situations but instead, he says, “It is used for any number of trivial and banal clarifications. This paints a picture of the author as ridiculously self-important. In other words, and I cannot stress this enough, it's funny because almost everything can be, and therefore should be, stressed enough.”

My favorite examples are those in which the last part of the phrase is the least meaningful part of the sentence. The Jurassic Park example begs the question, "Why is this person so invested in the phrase 'Jurassic Park?'" The higher the stakes, the less incongruous the phrase.

As Taniguchi explains to her classes, there are fundamental rules of English that we simply know to be true. We say, "The pumpkin," we don't say, "Pumpkin the." You can say, "That is utter nonsense," but never, "That nonsense is utter." So when we see these fundamental rules broken, we enjoy the surprise. But in order for the phrase to be funny, the rule needs to be broken in such a way that the sentence could still be real English.

This is why "I saw pumpkin the" isn't remotely funny, and why — to my mind — "N, and I cannot stress this enough, O," or "Yippee ki – and I cannot stress this enough – yay motherfucker' aren't either. The sentence needs to be something that a human being would actually say. The closest popular comparison might be the habit of breaking up a word with expletives: "abso-fucking-lutely." It works when you put the expletive in the natural spot. "Ab-fucking-solutely," or "absolute-fucking-ly" don't work because they don't sound natural.

“You expect someone to complete it and when they don't there's something really funny about that mismatch of expectations,” says Nguyen. Another comparable meme, Taniguchi says, is 'doge' speak, an online approximation of how dogs might speak. In doge speak, adjectives are replaced by nouns and vice versa: "very readers;" "such neutral." Singular nouns are used when plural nouns should be: "many cat."

“When you run into these broken rules on Twitter,” Taniguchi says, “It makes you realize, 'Oh yeah, this is a fact about English.' And I think we are very fascinated by it when we realize this is about our language.”

Twitter is well suited to such a phrase spreading like a virus because of a) the low barrier of entry to tweeting anything at all; b) Twitter's origins as a verbal platform; c) the ease with which people can force things into other people's timelines. Once a phrase picks up momentum, says Nguyen, Twitter's retweet function can allow the phrase to keep going and going. Phrases like this tend to start in distinct Twitter subcultures, she says. “'And I cannot stress this enough' got lucky. It happened to come around at the right time. I have seen memes grow and then live and then die in the space of six months.”

Interestingly, the phenomenon at the heart of "And I cannot stress this enough" – taking an unnecessarily long time to convey basic information – is the exact opposite of what's at the heart of an equally popular phrase: using the word "Because" and then adding a noun after it as a way of comprehensively explaining a problem. (Because Internet became the title of 'internet linguist' Gretchen McCulloch's 2019 book about online language.) In the latter phrase, superfluous prepositions and definite articles are done away with, seemingly because online no one has time to read anything but the meat of a sentence. In the former phrase, the extraneous elements are positively embraced, creating a countercultural effect that is close to anarchic.

This is about our language.

Where will the phrase go from here? Twitter is fickle, and its fashions impossible to predict, but Taniguchi is quietly confident. “I can see this kind of phenomenon lasting longer than some of the memes that are tied to specific celebrities or specific politicians.” Woof, who probably sees the phrase more often than anyone else on the planet, says that due to the sincerity of the people using it he has warmed to the phrase, and no longer views it with the disdain that informed the account in the first place. “It's still definitely overused though,” he says. (He may have something of a point: a search for the phrase on the day of writing demonstrates that it is still used multiple times every hour.)

If it ever dies out, it looks like it may not be for quite some, and I cannot stress this enough, time.