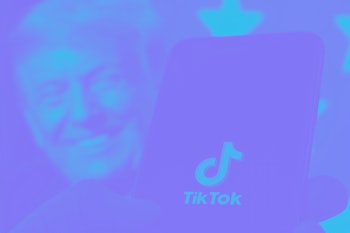 TikTok's woes won't end anytime soon. According to The New York Times, the federal government is attempting to lift a ruling originally placed by judge Carl Nichols in the United States District Court for the District of Columbia, which prevented the Donald Trump administration from banning TikTok. The Department of Justice argues in the United States Court of Appeals for the D.C. Circuit that this preliminary injunction would be removed.

So far, neither team — TikTok or the Justice Department — has commented on the report, but it reflects the ongoing and rather tedious nature of the quarrel between ByteDance and the Trump regime.

The background — The White House has argued that the Chinese government has the ability to use TikTok as a surveillance device into the United States and potentially compromise national security. In response, ByteDance initially attempted to create a more neutral and politically removed image by showing interest in giving Oracle or Walmart some degree of control over its business operations in the United States. But that didn't take too long to crumble.

Enough already — Originally, TikTok filed this injunction in the District Court for the District of Columbia in September, arguing that a full ban on its short-form viral video app would result in devastating business loss. In its request, the company goes as far as to say that it made extraordinary efforts to try to satisfy the government’s ever-shifting demands and purported national security concerns," according to The New York Times.

The company said that the government did not have ample justification for banning the app. "There is simply no genuine emergency here that would justify the government’s precipitous actions," the official filing read, per The New York Times. "And there is no plausible reason to insist the prohibitions be enforced immediately."

In order for the federal government to win this appeal, it will have to provide clarity in its argument against TikTok, including demonstrating to the judge that TikTok poses a unique threat as opposed to the constant and banal data collection that apps within the United States already do. The government will have to convince the judge that the ban is fair and justified, and not based on Trump's vendetta against everything related to China. If it can do that — a very big if — then TikTok better have a counter-response ready.