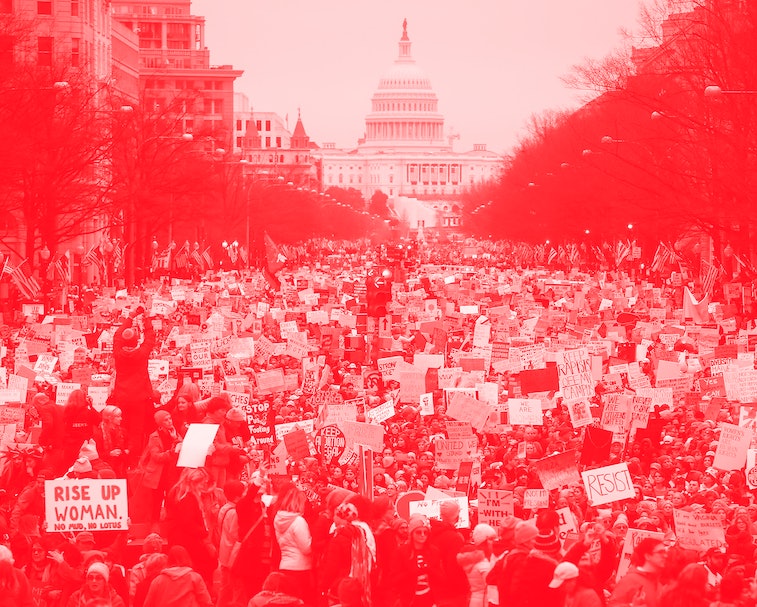 Last week, and purely by chance, a journalist from The Washington Post noticed some of the words on placards held by protesters in a photograph of the 2017 Women’s March were deliberately blurred in an exhibition on women’s suffrage underway at the National Archives. The image has since been removed and an apology issued, but the fact that it happened at all is deeply disturbing.

Who were they protecting? — The altered content included blurring the word “Trump” on signs that read, “God Hates Trump” and “Trump & GOP — Hands Off Women”, and removing the words “vagina” and “pussy” from others. The latter was to protect youngsters from having to encounter commonplace terms for female genitalia. The former was “so as not to engage in current political controversy” and because the organization considers itself “a non-partisan, non-political federal agency,” the Archives said in a statement.

Except, doctoring images critical of the President is a fundamentally partisan act, particularly when that very same President continually attacks the credibility of the media and other bodies tasked with objectively documenting and reporting history as it happens.

Meanwhile, thinking children need to be protected from the word “vagina” shows precisely how far women’s suffrage still has to go (not to mention a fundamental underestimation of the average, Western child's media-derived vocabulary). Most egregious, tragic and farcical, though, is that the National Archives deemed it acceptable to effectively silence women in an exhibition entitled, “Rightfully Hers: American Women and the Vote.”‌‌

Awkward truths are the most important truths — Look, it’s inconceivable that anyone working at an institution tasked with preserving history saw fit to sign off on changing any image, never mind such an iconic one. It could, conceivably, be mere incompetence though. But it’s especially insidious that, when they did, it wasn’t deemed necessary to prominently disclose that changes had been made. That looks a lot like malice.

Did they think no one would notice? Or worse, did they think it wouldn’t matter if someone did? The worst thing to come out of this incident is the distrust it fosters of public institutions charged with documenting our world. The best thing is that many of us will now be paying closer attention to how they do so.