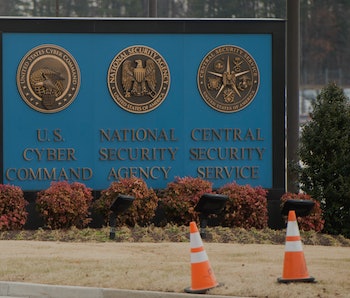 Yes, the NSA has peered over your shoulder while you text your friends; it’s listened while you talked to your cross-country lover, too. In fact, the NSA spent more than $100 million doing so between 2015 and 2019. And with all those funds, the FBI says it generated new information only twice. One of those reports led to the opening of a foreign intelligence investigation. The other warranted no further actions.

The National Security Agency’s phone-surveillance program ended last year. If these results are anything to go by, the decision to shutter it was for the best.

This is about the Freedom Act — These statistics about the NSA’s phone program were revealed as part of an investigation into whether or not the USA Freedom Act, enacted in 2015, should be extended past its current end date of March 15 of this year. The Freedom Act restored much of the power given by the Patriot Act, allowing for U.S. intelligence agencies to collect data about citizens’ phone use.

The House Judiciary Committee will be meeting today to consider a new bill that would change U.S. surveillance law. Attorney General William P. Barr also met with some Republican senators yesterday to ask for powers to be extended past March 15.

Two tips is a really low return on investment — Despite the NSA’s diligent monitoring of calls and messages, the organization only acted on information gleaned from the surveillance twice between 2015 and 2019. One of those tips didn’t even lead anywhere. That’s not much for a $100 million investment.

Phone records are less important than ever — Just after the attacks on September 11, 2001, cell phones were still increasing in popularity. Surveillance over text messages and phone calls was seen as the best way to monitor conversations about potential follow-ups to the attack.

But now encrypted chat apps are more popular than ever — which means a fair amount of conversations aren’t even available to the NSA. With encrypted messaging so easily accessible, who is going to discuss matters of security via SMS?