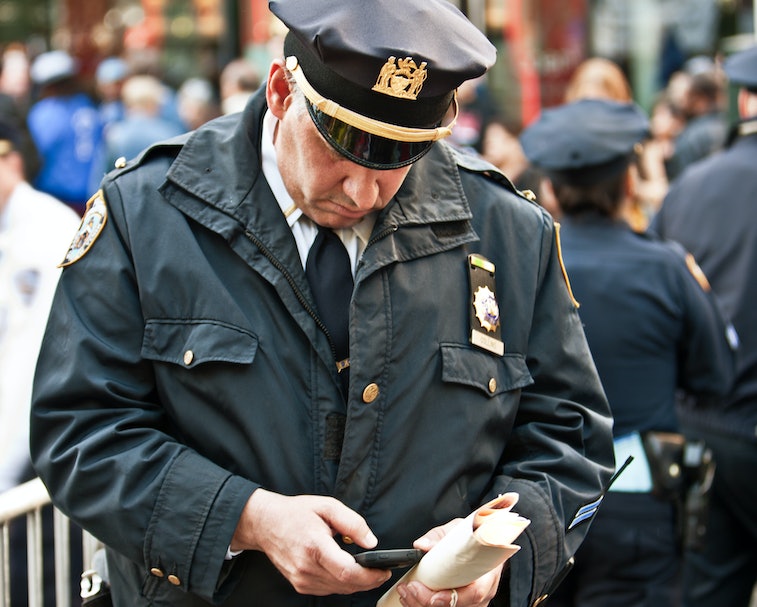 The NYPD officer’s memo book dates all the way back to the 1800s as a way to catalog their activity. Now, the New York Times reports the department will switch over to an app that will submit entries to a database instead of the officers holding onto boxes of memo books. The switch offers a time-saving, potentially corruption-curbing opportunity for the NYPD, but could create new technological hurdles. Officers are expected to start using the app on their department-supplied iPhones on February 17.

Why now? — The department has made moves to modernize over the past few years, starting with issuing Nokia smartphones in 2015 to switching to iPhones three years later. The iPhones have been used to “fill out some summonses, accident reports, aided cards, and domestic violence reports,” according to the New York Daily News.

Later this month, the roughly 37,000 iPhones used by the police force will allow officers to enter information about their patrol shifts, police vehicles (like gas mileage), 911 responses, and more.

The Good, The Bad, and the Corruption — Old school memo books remained in the possession of police officers, making them responsible for the valuable information within. Corrupt cops could abuse the system by leaving blank pages to fill in later in order to create the right narrative for an arrest or search warrant.

The books need supervisors to sign off on the logs, but now, that tradition will continue with a simple swipe. Supervisors will also be able to monitor their officers’ logs remotely. There are concerns that this remote tracking and even the logs themselves can be hacked. But those more concerned about corruption can relish in the added transparency and security of the logs’ chain of custody.

On the lighter end, this means there’s one less thing for officers to carry and the switch will undoubtedly save a tremendous amount of paper. The department also won’t have to deal with deciphering messy handwriting which is mostly inconvenient with the potential to be damaging to the veracity of a case.

As police departments embrace the future, from Clearview AI to Ring to apps of their own, it only makes sense that the NYPD would want to catch up — for better or worse.