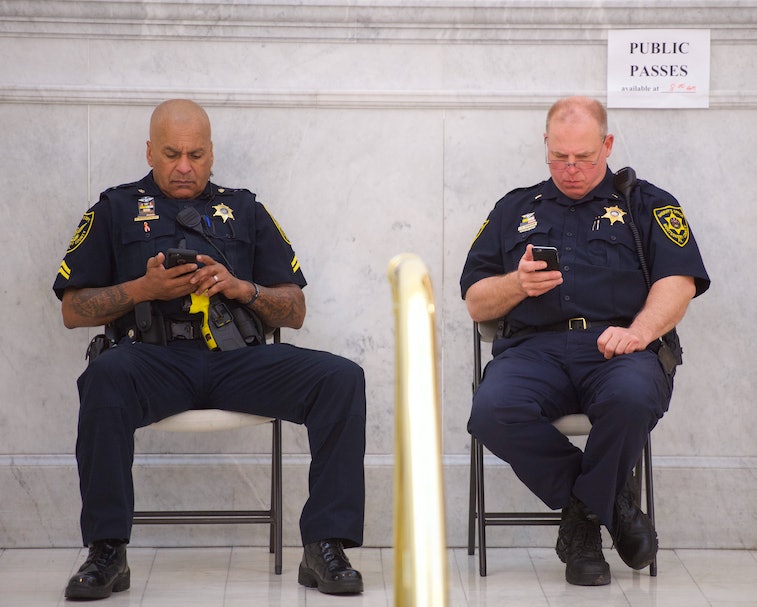 Slack recently deleted one of its corporate blog posts that outlined how the police department in Hartford, Connecticut uses the chat platform to share information and manage cases. VICE reported on the decision to pull the post, and Slack CEO Stewart Butterfield confirmed the move in a tweet.

The timing is no coincidence. Slack deleted the post as protesters and police continue to clash across the country over the murder George Floyd by police in Minneapolis, Minnesota. Clashes between protesters and police have ramped up across the U.S. since Floyd's murder, with many becoming increasingly violent in recent days as President Trump demands local officials clamp down on the movement to fight racial injustice because he's the "law and order president."

Cops like trendy chat apps too — Slack's blog post explained that the Hartford Police Department coordinates all of its intelligence sharing over Slack, with more than 450 investigators and officers across the state using the service. Officers use specific channels to discuss issues such as #narcotics and #BOLO (be on the lookout). A spokesperson for the Hartford Police Department confirmed to VICE that they're still using Slack.

Besides removing the post, Slack tweeted that it is "horrified and sickened" by the murder of George Floyd, and that it stands in solidarity with its black employees. The company hasn't committed to taking any concrete actions to support change, however. One former Slack employee tweeted that black employees first requested the blog post be taken down over three years ago.

Slack has avoided controversy — Brands have been showing solidarity amid the protests by donating money to racial justice causes and by distancing themselves from law enforcement connections. Slack may be able to flout scrutiny as its services are used for private interoffice communication, and there's no easy way to identify specific organizations that are using it. That may allow the company to get away with offering its product to divisive organizations. According to VICE, Slack has contracts with the Executive Office of the President and the State Department, among other government agencies. Slack's also not compelled to report which companies or entities use its services.

The company has seen astronomical growth as a consequence of the coronavirus pandemic that is occurring concurrently with the protests. It reported a record $200 million in revenue in the first three months of the year, though investors expected even better growth than that. Perhaps next quarter it can sign up some more law enforcement departments and hit those growth targets. It probably shouldn't blog about it if it does, though.