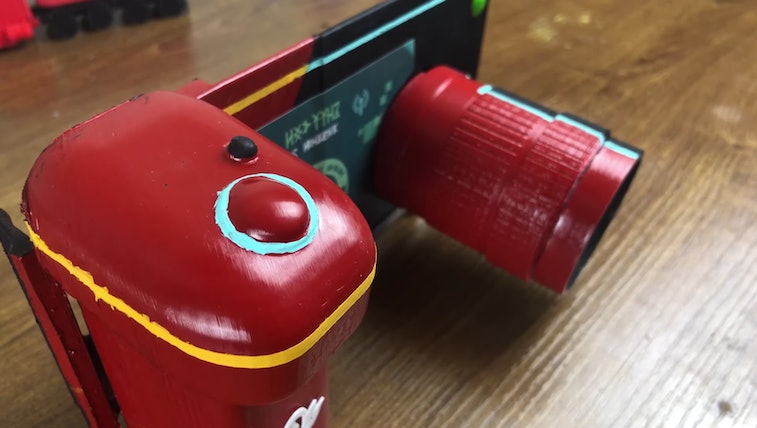 Nintendo, just give the people what they want already: A dedicated Pokémon Snap gyro camera controller so we can more fully escape our horrid reality among all those bright, colorful, friendly, carefree Pokémon.

While we’re sure our demand will be heard loud and clear by the suits at Mario HQ, it’ll probably take some time for the actual product to hit store shelves. Until then, we’ll just have to settle for this pretty great DIY from YouTuber BigRig Creates, who designed a camera replica to house their Nintendo Switch Joy-Cons to mimic the actual snapping of Pokémon in... uh... Pokémon Snap. Check out the video below for the step-by-step, along with some rather interesting setbacks along the way.

As good as you’re gonna get right now — Using Nintendo’s own Labo VR camera as a starting point, the YouTuber managed to fine-tune the AutoCAD design to better fit their Pokémon-centered needs. When all was said and done, the right Joy-Con fit into the back of the 3D-printed model, along with the gyro-dedicated Joy-Con installed within the camera’s “lens.” There’s even a cool ability to “zoom in” by actually twisting the lens itself.

All this said... it doesn’t seem to work all that great, as even the YouTuber admits: “After all that hard work, did I find the perfect way to play Pokémon Snap? Of course not, didn’t you watch the video?” There appears to be some significant latency issues, and the gyroscopic capability is sort of all over the place.

We’ll keep dreaming of an official release — “Don’t expect to be the Georgia O’Keeffe of the Pokémon world with this setup,” he cautions at one point (O’Keeffe, to our knowledge, was primarily a painter... but the moniker “Georgia O’Keeffe of the Pokémon world” is too wonderful to not include here). In any case, it’s definitely a great jumping off point for anyone else interested in tinkering with the design, so hopefully some improved models will debut online in the near future.

... Or, y’know, Nintendo could actually do God’s work and release a highly polished, official camera. Yes, we know they’re busy with Super Nintendo World, but what about us little people who can’t afford a trip over to Japan at the moment?