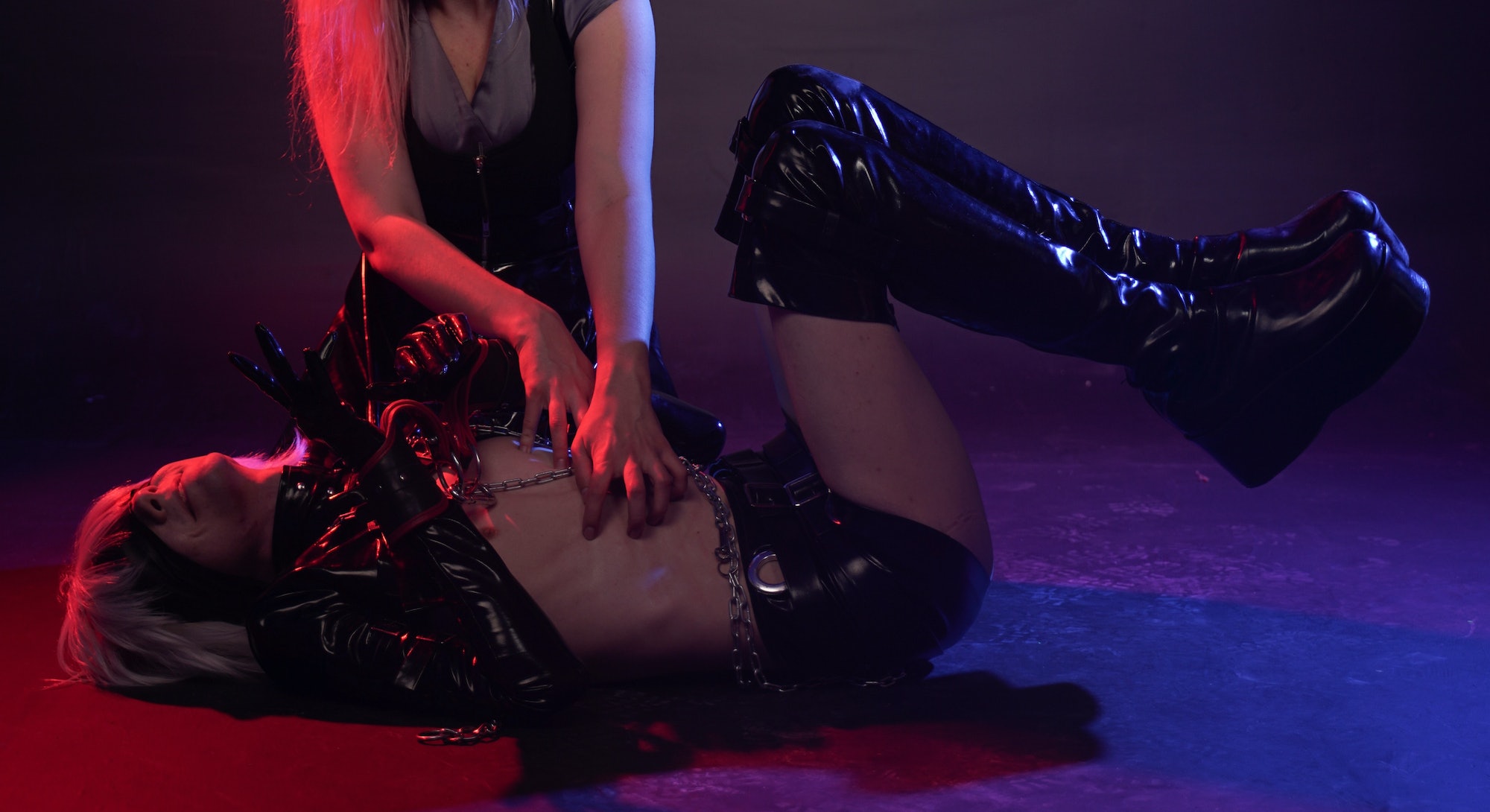 The first time Dave felt turned on by tickling — or at least, the first time he can remember — he was just 12 years old, attending the local Renaissance fair with his family.

Onstage, two knights in armor sentenced a woman to the stocks for some sort of salacious activity (Dave doesn’t recall what it was) and locked her up.

“They tickled her lightly, maybe for 30 seconds. For me, I just felt something. I couldn’t explain it — I just knew it was weird,” recalls Dave, now 28, who splits his time between a government job and studying for a master’s in forensic science in his home state of Oklahoma. (Dave, like all interviewees in this article, asked Input to withhold his last name.) “It was around the time I started puberty, but they don’t teach you about fetishes in school.”

Although tickle fetishes weren’t on Dave’s sex-ed curriculum, he did have access to the internet. He quickly discovered tickling pornography, followed by tickling erotica. He was hooked.

“When the tickling takes hold, there’s a complete loss of control and an organic reaction,” says Dave, who describes himself as a “tickler,” as opposed to a “ticklee.” “Their whole body is squirming and flailing and all this other stuff, and there’s nothing they can really do. It’s really fun to see. Especially when ticklers come up with really intricate bondage setups to hold people in place. I also find female laughter sexy.”

Dave has traveled to Colorado, Texas, Louisiana, and Kansas to meet up with partners — sometimes staying to conduct tickle “scenes” with them over a period of several days. “Whenever you negotiate a tickle scene, you ask someone if they like an aggressive or soft style, what you’ll use to tickle someone with — fingernails, tongues, hairbrushes — and how they’re going to be restrained,” says Dave, whose tickle scenes have involved bondage setups with anywhere between four and 20 points of restraint.

Dave is one of many tickle fetishists who feels excluded by TikTok. The social media app has seen a surge in BDSM-related content through hashtags like #kinktok — which has attracted more than 11 billion views — but tickling is largely absent from the discourse. And when it is mentioned, it’s often the butt of jokes:

“When I do see tickling content on TikTok, it’s not taken seriously,” Emily says. “Creators only speak about it to make fun of it, like, ‘Who would actually be into this?’ or ‘Who would have this fetish?’ It hasn’t been great.”

“I dislike the more violent kinks, but I think it’s fair to have them well-represented and well-received,” Emily says. “They don’t feel the same about us — they claim they don’t kink-shame, but they do. It’s unfair.”

Emily has IRL experience with how damaging these attitudes can be. “I grew up pretty conservative to start with, so I didn't have a great outlook on sex. That’s probably why it took me a while to get into any kink scene at all. But once I realized people looked down on tickling, I tried to engage in the ones that were more ‘normal’ instead,” she says.

“I’m still struggling with internalized kink shaming — and what I see on TikTok definitely plays a part in that.”

“I think it could discourage a lot of people from even trying it if it seems like this big, massive taboo thing that nobody else is into,” she says. “I’m still struggling with internalized kink-shaming — and what I see on TikTok definitely plays a part in that.”

Dave agrees that being the subject of jokes could be damaging for people who are going through a tickling awakening, like the one he had at his local Renaissance fair almost two decades ago. “When you’re first starting out, you want to try things, but you don’t want to be an outcast,” he says. “If they don’t get to explore it because they’re afraid or shamed, that’s really bad, because it’s part of themselves. They’ll feel like they have to hide — and they shouldn’t have to.”