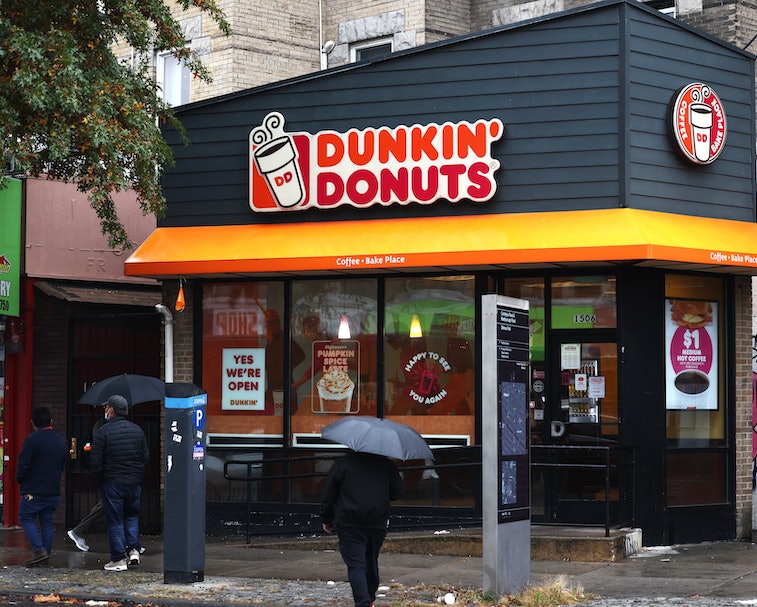 Various companies are turning to their employees to do their social media marketing for them in a world where pandemic-induced lockdowns have caused a surge in internet use and a corresponding contraction in foot traffic for bricks-and-mortar operations. According to Modern Retail, companies like Sephora, GameStop, Wendy's, Dunkin' Donuts, Huawei, Zappos, and Dell have all encouraged their employees to use social media, and TikTok in particular, to increase consumer interest in their products and services.

On the surface, it sounds like a fairly natural demand in our hyper-connected world. Millions use social media platforms like TikTok, Twitter, Facebook, Instagram, and other platforms and that's often where potential new customers will learn about a brand. But critics, including employees, object to the demand of showing up on TikTok, stating that it is increased work for them without adequate pay. Gift cards, after all, which are often the reward of choice for social media successes, don't pay the rent.

Video challenges — According to Modern Retail, one of the bizarre examples involve GameStop asking its employees to submit videos of themselves doing the #RedWineChallenge. In return, if they're selected as winners, the company would give them gift cards and more work hours on Black Friday. The challenge flopped instantly. Workers objected on the grounds that it was an indirect way to get them to work more during a pandemic. The public objected on the grounds that it was downright gross and exploitative.

Sephora, too, has its own "squad" that does TikTok influencing while Wendy's Ricky Federici is busy on social media doing Baconator tutorials, though it's unclear how much he's paid for it. Dunkin' Donuts has its own group of influencers with large TikTok bases.

An old game with new tools — Using social media to increase brand awareness is nothing new. The likes of Huawei and Dell have already done it. Marketing analysts say that consumers don't want to hear from brands but the workers within the brands themselves. It boosts authenticity. Or at least the impression of it.

There's math in the mix, too. According to the report, the average worker has close to 1,000 followers. With larger companies, if you can get a group of these followers to "influence," you've got a clever marketing tool on hand with pre-approved feeds since workers can't use their own scripts. There's ranking involved with the winner usually being whoever achieves the greatest reach with their posts.

But workers have legitimate reasons to want to opt-out of these challenges. It's exhausting, it likely doesn't pay, and during a pandemic where work hours are already decreased but the exhaustion is ever increasing, it's a cruel requisite to make of a tired human being. Moreover, it's an inappropriate blurring of employees' personal and professional lives, and one they shouldn't be asked to make.