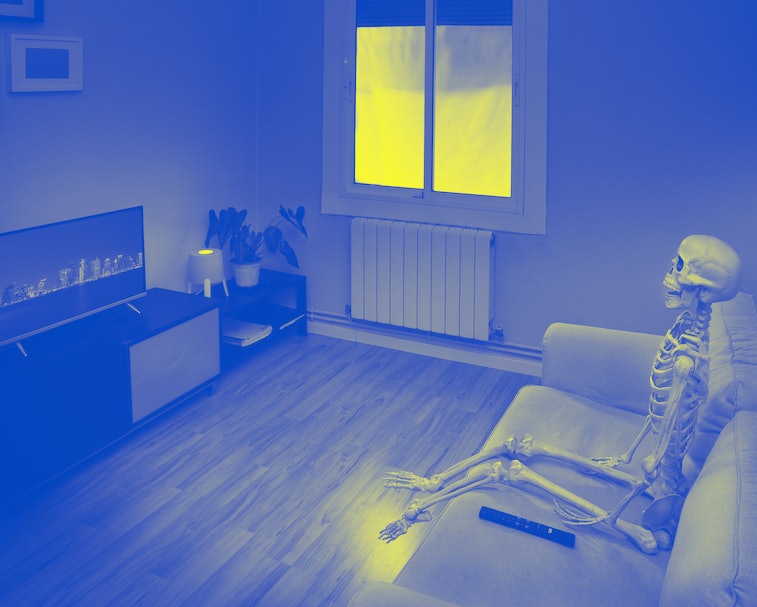 Is no space sacred to TikTok? After conquering our smartphones and tablets, the company is now poised to make its way into bars via television screens. The social media platform’s content will also show up in other places like workout spots and doctors’ waiting rooms... but it’s really the potential desecration of our favorite watering holes that we’re worried about right now.

Thanks to a new deal struck with Atmosphere, a company providing licensed and curated video content for “dwelling” locales like gyms, hotel lobbies, and fast food dining areas, TikTok clips will soon arrive in businesses, whether you want to watch cat videos and meme challenges or not.

Only half of the bad news — As reported by TechCrunch, the deal marks the first time TikTok content is licensed for “out-of-home video service,” and is only part of the social media giant’s plans to further solidify itself as one of the world’s major cultural curators. In a separate announcement, TikTok also unveiled a new, standalone app called TikTok TV, which is set to invade Amazon Fire, Google, and Android TVs in the near future.

Guess who’s compensated? — Of course, the new deal between TikTok and Atmosphere is meant to primarily benefit the two of them, with everyone else included as an afterthought. The companies’ partnership announcement makes it pretty clear that, for the majority of the time, creators “compensation” for video usage will consist of content attribution, and little else — sort of the ol’ “you’re paid in exposure” logic that everyone loves so much.

Although Leo Resig, the co-founder and CEO of Atmosphere, revealed his company does dole out “low millions of dollars per year” to content creators, he still readily admitted the company gets “most of our content for free.”