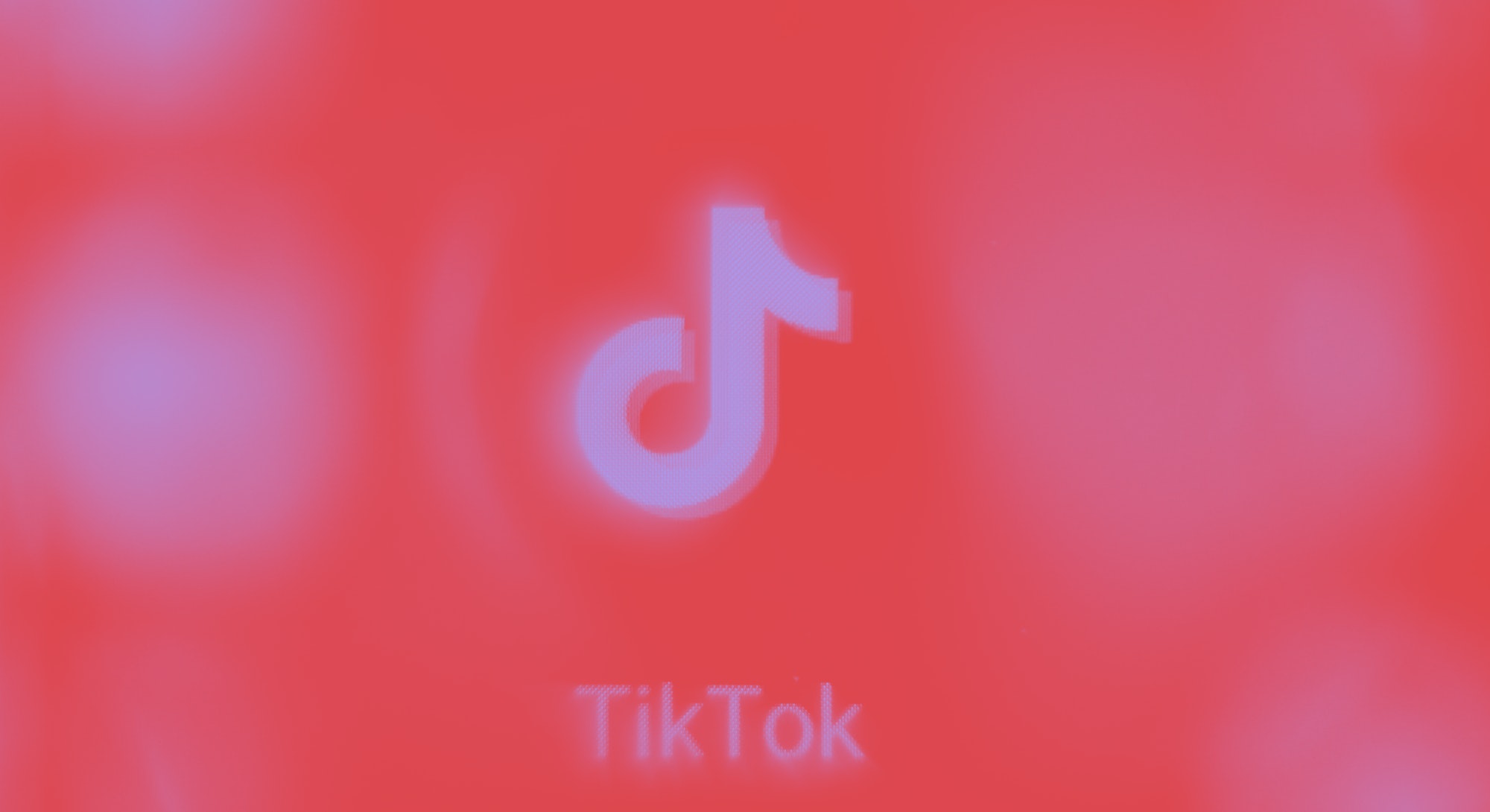 The piece reported a rise in young women presenting with symptoms of Tourette syndrome, a widely misunderstood neurological disorder that impacts roughly 0.6 percent of children and causes people to experience tics — involuntary and repetitive movements or sounds.

The Journal cited “a spate of recent medical journal articles,” in which doctors claim many girls with unexplained tics “had been watching videos of TikTok influencers who said they had Tourette syndrome.” The piece, which featured two teenage girls who linked their tics to TikTok, said that pediatric movement-disorder centers across the U.S. had reported “an influx of teen girls with similar tics.”

“People automatically think we’re doing things for attention, or that there’s no way that Tourette syndrome can be real.”

The article acknowledged that the “TikTok tics” epidemic was anecdotal and even quoted an academic who cast doubt on TikTok being the root cause of this phenomenon. “There are some kids who watch social media and develop tics and some who don’t have any access to social media and develop tics,” Dr. Joseph McGuire of Johns Hopkins University Tourette’s Center told the paper. “I think there are a lot of contributing factors, including anxiety, depression, and stress.”

But the headline was damaging enough. And it was worsened by subsequent coverage: Buzzfeed, the New York Post, People, and Business Insider ran with the story — all without any input from the Tourette’s community itself, which has been horrified by the press frenzy.

Ben Brown, host of the Tourette’s Podcast, has been deeply perturbed, as have his listeners. “There’s a lot of frustration. Some people are just livid,” says Brown, who is 41 and based in North Carolina. He was diagnosed with Tourette syndrome at the age of five, but lived a “closeted” life with the condition while he worked as a photojournalist. Brown “came out” with Tourette’s when he launched his podcast in 2018.

“Now we have scientists who are saying things we know from experience are just not safe,” Brown says. He and many others living with Tourette syndrome fear the current rhetoric around TikTok tics could further stigmatize Tourette’s, especially for young women.

Britney Wolf is a 31-year-old Tourette’s campaigner from Ohio. “People automatically think we’re doing things for attention, or that there’s no way that Tourette syndrome can be real,” says Wolf, who was diagnosed with Tourette’s at the age of seven. She interviews people with the condition on her YouTube channel in a bid to challenge stereotypes. “There’s already so many of these people trying to tear us down,” she says, “and articles like this give them more fuel to start claiming that all advocates are faking it.”

Jaleesa Jenkins, a 24-year-old Tourette’s YouTuber from California, is most frustrated by the suggestion that Tourette-like symptoms can be “caught” through platforms like TikTok. “The idea is really oversimplified and really stigmatizing,” she says. “It’s just not true. It makes people afraid, suspicious, or scared to be around us.”

It seems that the recent press attention has undone years of campaigning. “People with Tourette syndrome have worked hard for a very long time to feel understood — particularly for people to understand that tics aren’t voluntary or done for attention,” says Dr. Christine Conelea. The clinical practitioner and researcher is an assistant professor of the Department of Psychiatry and Behavioral Sciences at the University of Minnesota and has worked with Tourette’s patients for 15 years. “I worry that those who are doing advocacy on social media spaces will be questioned and targeted.”

Wolf finds the situation heartbreaking. “So many people have told me how much they have learned about Tourette’s because of people online,” she says. “It felt like we were finally getting somewhere. Now it feels like we’re being pulled back.”

People with Tourette’s are also worried that since the media focus is on teen girls, it may exacerbate health inequalities for young women seeking treatment. Jenkins, who was diagnosed with the condition as a teenager, is particularly worried about this.

“When I was first trying to get diagnosed, I was accused by doctors who thought I was faking it for attention,” Jenkins says. The online campaigner ultimately received a Tourette’s diagnosis at the age of 18. “This will make that worse for a lot of people. Especially since they’re saying if you have tics similar to people on TikTok, you must be faking.”

Brown is concerned about parents. The podcast host, who was diagnosed with Tourette’s as a child, knows adults must be on board for a minor to get treatment. “Parents may get the impression that what their daughter is doing is part of a trend or that it might pass,” he says. “She may be having a hard time, but it’s dismissed because parents get swept up in this media discourse.”

According to Conelea, it’s important for parents of girls presenting with Tourette-like symptoms to understand the disorder presents differently in females. The clinician referenced a recent study that found females with Tourette’s may have later tic onset, experience more severe tics, and be less likely to have their tics go away as they age. She’s worried the recent coverage could overshadow these findings and increase bias amongst doctors.

It’s not just clinicians and parents who could block medical treatment. Online campaigners are concerned that the TikTok tics discourse could impact people who are only just experiencing symptoms. “I’ve been told too many times that people didn’t want to go to the doctor, or have never gone to the doctor, because they assumed nobody would believe them,” says Wolf. “I can’t help but feel that this will be even worse now, because people are worried they won’t be believed.”

“I’ve already had people reach out to me and say they’re afraid to go to the doctor.”

Jenkins says this fear has moved beyond the “hypothetical”: “I’ve already had people reach out to me and say they’re afraid to go to the doctor. This has absolutely created a further lack of trust.” She points to the comments of her Twitter threads. “This makes me so scared to see a neuro about my tics,” said one Twitter user, Padmé, who responded to Jenkins’ public criticism of the Journal article.

“I do watch some content of TikTok creators with tics, but my tics started long before that,” Padmé, a 21-year-old disabled woman from Wisconsin who asked that her last name not be used, tells Input. “Being a younger woman with a rather long medical chart already makes it hard to be seen and heard in the first place, but how everything has been horribly handled [in the press] can, and will, make it worse. I want to be taken seriously, but I just have this horrible, awful feeling I never will.”

Even if people with symptoms do seek medical help, there is an often undiscussed emotional side to Tourette syndrome that clinicians can’t treat. The disorder can be isolating. People with the condition are four times more likely to die by suicide than the general population. Online spaces are a lifeline that provide connections with other Tourette’s patients.

Wolf thinks Tourette’s social media content — where people swap knowledge, discuss their experiences with the condition, and open up about life with the disorder — is a force for good. “My family is incredible, but they can’t understand Tourette’s on a deep level because they don’t live with it,” she says. “But the community on social media can be a support system.”

As someone who’s lived Tourette syndrome for decades, Brown also recognizes how vital representation is for people with the condition. He encourages online advocates with Tourette’s to keep going, no matter what the media says.

“Seeing a sincere depiction of something you’re experiencing can be empowering,” he says. “Even if the outside world doesn’t get it, it’s important for these portrayals to be out there. People need to know they’re not alone.”