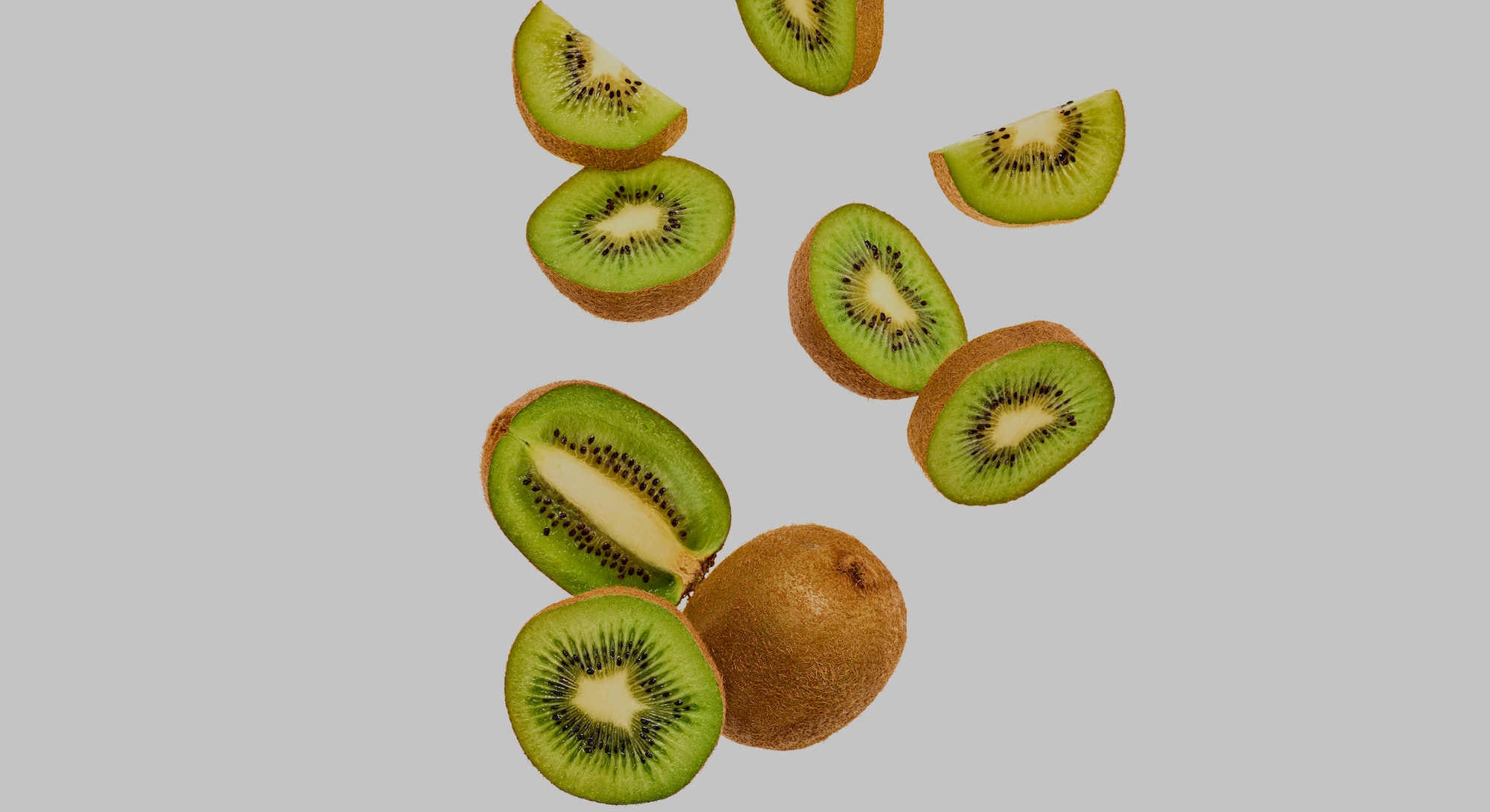 At the time, she had no idea that her amateurish artwork would gain its current following or that she would also become a main character in the lives of the Very Online. Autistic, unemployed, and using her characters to explore the struggles of her own life, Chandler made hundreds of posts and videos, even creating merchandise to sell.

Around 2007, Encyclopædia Dramatica discovered “Chris Chan'' and she quickly became the target of persistent trolling, leading to the creation of the CWCiki website. The site’s owner, Joshua Moon, made it his mission to record, save, and catalog every mention of Chris Chan he could find, including what New York Magazine called "every drawing, video blog, tweet, Facebook post, eBay listing, Etsy item, and PSN purchase Chandler [has made]."

To that end, Moon created Kiwi Farms, an online community whose users document and organize harassment of prominent internet figures, often women, LGBTQIA people, and those suffering from mental illness. When reading about Chan’s antics was not enough to entertain them, followers of the site actively trolled Chris, encouraging her to perform naked on camera, where she was publicly humiliated.

In 2011, following the death of her father, Chris became the sole caretaker for her mother (Barbara) who was slowly spiraling into dementia. Given that Chris believed herself to be a Goddess and had begun talking about The Great Merge (when she believed her cartoon world would merge with reality), it is mind-boggling that her suitability for this role was not questioned by those in authority.

On July 31 this year, Chris was arrested on charges of incest after a number of posts, sharing messages and a recorded phone call allegedly made between Chris and a woman named Isabella Janke, appeared on Reddit and message board Kiwi Farms. In these messages, Chris referred to a series of sexual assaults she had allegedly committed against her mother. For the media, the story was a roller-coaster ride of ever-increasing horrors. For users of Kiwi Farms, it was just one more amusing travesty in the life of their favorite transgender “lolcow.”

"There is drama in the air today," Chan tweeted alongside a photo of a tarot card on July 30, following her arrest. "Each and every one of you all are encouraged to withdraw from any and all dramas, gossip, rumors, and whatever else will, and already has, approached your way today."

Meanwhile, the users of Kiwi Farms are voting on what her fate will be — while misgendering her, obviously.

Named for their ability to be milked for laughs, lolcows are Kiwi Farms’ raison d’etre and site owner Joshua Moon has devoted the majority of the last 10 years to cataloging the names, faces, and online activity of the people he deems worthy of public ridicule. Sometimes this involves doxing known pedophiles, but most of their target’s only “crimes” are being vulnerable adults or members of the LGBT community. It rarely takes long for someone to find this information and use it to bully and harass people, to the extent that Kiwi Farms are currently connected to at least three deaths.

In 2017, transgender games developer Chloe Sagal committed suicide. After months of bullying from Kiwi Farms regarding her poor mental health, Sagal could take no more and walked to a local park where she set herself on fire. In 2018, Julie Terryberry was found dead having hanged herself. As a learning-disabled 18-year-old, Julie had been targeted by the Farms when it discovered she liked to post her mental health struggles on social media. For almost a year Farmers had relentlessly tormented Julie, cruelly mocking her relationships and the nudes they had found on private profiles.

On June 27 this year, non-binary emulation developer Near / Byuu posted a Twitter thread stating they intended to take their own life. Three days later Moon (AKA Null) posted an email exchange between himself and Near. Over several heart-breaking emails Near remonstrated with Moon, explaining they could no longer cope and were in the process of ending their own life via an overdose of prescription pills and alcohol. Desperate and broken, Near offered Moon $120,000 (their entire life savings) if he removed the threads about them. Moon responded with a single, cold sentence — “I will not be extorted.” The following week, USA Today reported that Near had passed away.

“Kiwi Farms is relentless,” said Near’s friends in a recently released statement via Google Doc. “Not to be defeated in their pursuit of utter emotional and psychological destruction, they went after who Near treasured most: their friends. Doxing some, directly harassing others, and even specifically seeking out suicidal people to target. That broke Near.”

At 28 years old, single, unemployed and still living with his mother, Moon exemplifies many of the qualities he hates in those he victimizes. Originally working as a web developer for 8Chan, another online haven for racism, conspiracy theories, and targeted harassment, Moon was fired after leaking users' IP addresses. Prior to this, he had been a regular user of the Blocklands gaming forum, but had been banned for inappropriate behavior including threats to rape and dismember female users. He had also used the site to express violent fantasies related to killing his own mother, who had committed the unthinkable sin of refusing to fund his lifestyle after he reached college age.

A fundamental dislike of women is evident in much of Kiwi Farms content, especially during the GamerGate controversy when Moon set up a dedicated email service (GamerGate.us). From here, Kiwi Farmers relentlessly emailed prominent feminists, either pretending to be other feminists to cause chaos or sending pictures of their genitalia. For months they showed their contempt for those affected by GamerGate via a constant stream of harassment and cyber flashing.

Ever-keen to prove his dedication to free speech, Moon desperately courts controversy in an almost parody of edgy teen angst. On Kiwi Farms, every trench-coat wearing stereotype is catered for, including boards where users share videos of people being killed. No act is too extreme and the Farmers wear their homophobia, antisemitism, and Islamophobia with pride. When Branden Tarrant murdered 49 Muslims at a mosque, Moon wasted no time in archiving and posting Tarrant’s video of the attack. When New Zealand police later requested he remove the clip, Moon replied that he “did not give a...fuck what section 50 of your f****t law says ... Fuck you and fuck your shithole country.”

To him, their request was tantamount to censorship, something his Libertarian sensibilities couldn’t abide, and which his lack of empathy could view no other way. In posts and interviews going back to 2017, Moon repeatedly insists that he is keeping records on people to highlight hypocrisy, yet makes no attempt to challenge the hypocrisies he encounters. For Moon, the job is all about public humiliation for the amusement of himself and others; something which is apparent in his stubborn refusal to remove threads because Section 230 of the communications act doesn’t say he has to.

Many online assume that Moon and company must be lashing out due to depression or low self-esteem — but a 2020 study looking at online trolling, by Australian researchers Evita March and Genevieve Steele, suggests otherwise. Looking specifically at behavior and motivation, Steele and March concluded (somewhat unsurprisingly) that there is a strong link between trolling, sadism, and psychopathy. Those who send the occasional abusive message may be working out their own mental health struggles but, for those who regularly behave as Kiwi Farms does, the harm done to their recipients is their motivation.

Following a number of petitions, Kiwi Farms was dropped by DreamHost after 12 years. At present, its only hosting is provided by Cloudflare, which also provides protection from the near-constant DDoS attacks which plague the site in retaliation for its users’ bullying behavior. There’s no telling how long that relationship will continue, though, especially as Chan’s high profile arrest increases the pressure on companies providing services to the site. In 2019, Cloudflare cut ties with 8Chan after years of it acting as a “lawless” platform that has been directly linked to offline tragedies. Kiwi Farms is already making plans for its eventual termination.

“We do have in-home DDoS protection but I’m having trouble reaching my datacenter’s staff. I’m in talks with other people interested in long-term alternatives to Cloudflare so it’ll get sorted eventually. Other alternatives will include buying more capable hardware and just dealing with it myself. I may end up crowdfunding for that,” Moon told The Daily Dot.

“People ought to be careful what they ask for.”

Input reached out to Matthew Prince, joint CEO of Cloudflare, but, to date, he has not responded. Near’s husband and Moon’s mother were also contacted but have chosen not to respond.