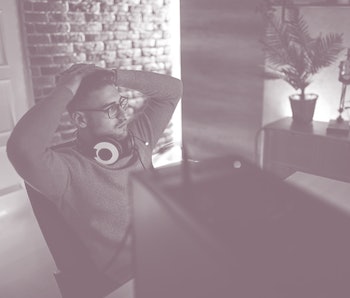 Twitch announced this week that it will now take action against users who have taken part in extreme offenses outside the site’s walls. Twitch streamers will now be held accountable for any actions that go against the site’s policies, whether or not they happened on the streaming service. That includes threats of mass violence, membership in a hate group, nonconsensual sexual activity, and terrorism, along with any extremes mentioned in Twitch’s Hateful Conduct and Harassment policy.

It’s a telling move by Amazon-owned Twitch, which received a lot of flak last year for not taking action against streamers who have been accused of sexual abuse. Twitch’s inaction has only grown more problematic as its user base has grown — nearly 10 million people streamed on the service in 2020, up more than 150 percent from the year prior. The service is now far too large to ignore these pressing issues.

Twitch has, in the past, banned users for off-service offenses, but those decisions have always been made on a case-by-case basis. Twitch COO Sara Clemens told Wired that this strategy was just far too complicated for the platform’s moderation team. Creating an overall policy for these situations ended up being the cleanest solution. It’ll make Twitch a safer space overall... if the company upholds its end of the bargain.

A bold message to the internet — Twitch’s off-platform policy is novel not just for the site but also for the internet as a whole. Major social media platforms like YouTube and Facebook have always been reticent to take concrete action against users who have broken site policies off-platform. It’s only in the most severe cases — like the recent allegations against David Dobrik and his “Vlog Squad” — where these platforms step in (and even in this case it’s notable that Dobrik’s demonetization was only temporary).

By putting this policy into effect, Twitch is etching in stone an impressive message: your hateful and dangerous conduct is just as hateful and dangerous no matter where you carried it out, and we want no part of it. The company is even partnering with a law firm to conduct investigations. As one of the biggest gathering-places on the internet, that hard stance is sure to be noticed by platforms like YouTube.

There’s more to be done — Twitch’s new policy should have a positive effect on the site overall — it would be surprising if kicking abusers off the platform didn’t have a net good outcome.

That being said, Twitch’s work is far from over. The platform is still a mess when it comes to accessibility, despite promising disabled users it would be fixing discoverability and captioning issues. Twitch also has a long way to go when it comes to moderation transparency — its first-ever transparency report wasn’t all that transparent at all.