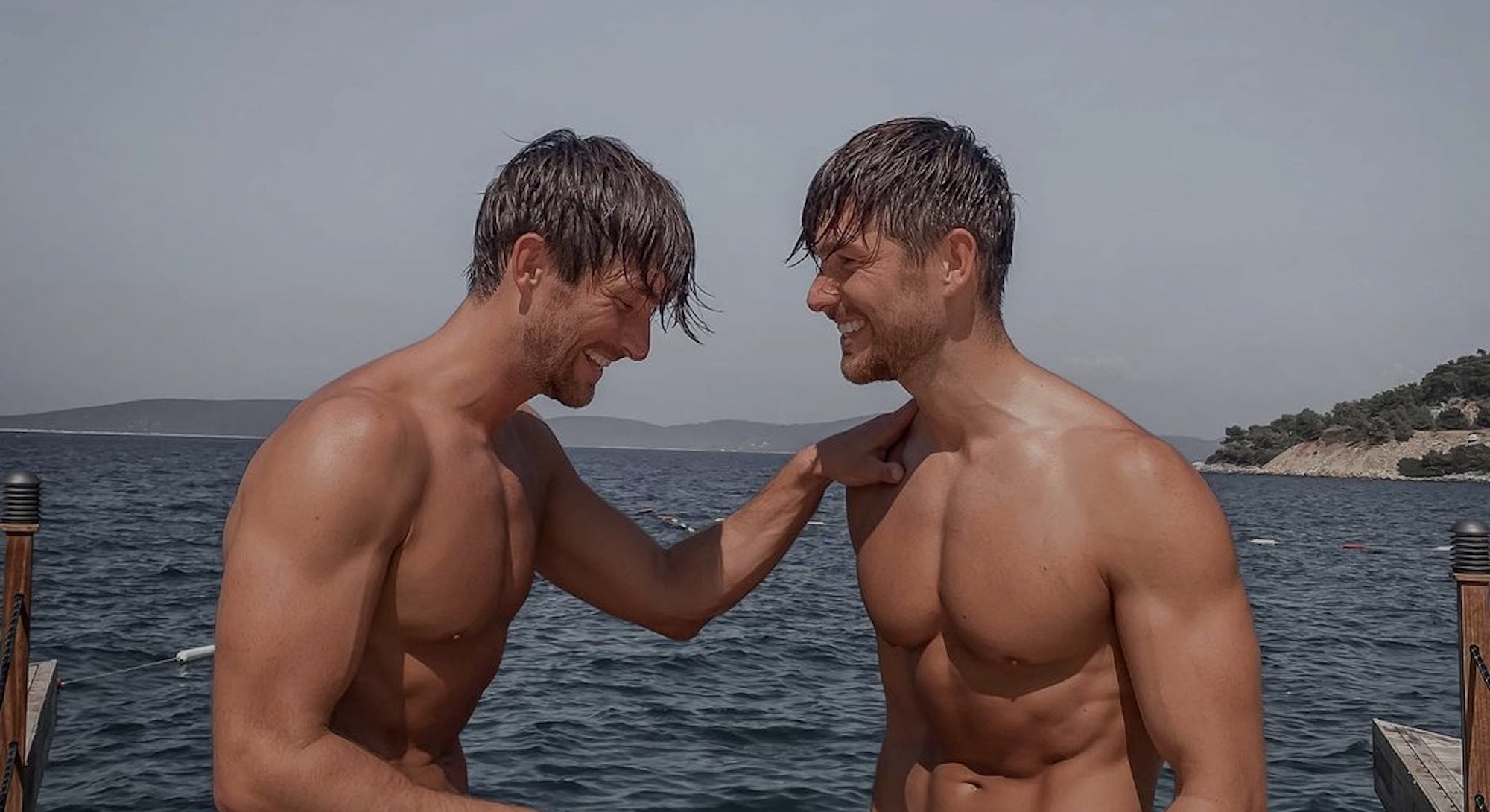 The contrast could not be starker.

While the U.K. — the most COVID-19–infected nation in the world per capita — is in a national lockdown, with mingling, travel, and outdoor activity discouraged, some of Britain’s biggest influencers are in far-flung climes, with Dubai, United Arab Emirates (UAE), the destination of choice. The evidence is all over social media: They’re sipping cocktails in swanky hotel bars, working on their tans on the white sands of pristine beaches, and otherwise appearing to lead a #blessed life.

The presence of so many influencers in Dubai posting regular content to their housebound followers has come under fire from those who view them as irresponsible, spreading the message that it’s okay to travel during a pandemic. “It is demoralizing to see influencers traveling abroad when so many people's livelihoods and education have been adversely affected,” says cardiologist and YouTuber Dr. Rohin Francis. “At this point in the pandemic we should have all learned that small actions can have enormous repercussions.”

But one London-based influencer, Henry Wade, who shares fashion and lifestyle photographs with his nearly 56,000 Instagram followers, says most of those posting from Dubai are simply doing what so many everyday folks are: working. “I think people are quite silly in that they don’t see your side of the story, no matter what you say,” Wade says, speaking from a beach in Dubai last Friday.

The muscular Wade, 27, posts content to Instagram alongside his identical twin brother, William (61,800 followers), who set out on their career as twinfluencers in 2017, while traveling around Australia together. Henry says he was both surprised and not surprised by the backlash he’s received, including being called out on Twitter for posting an Instagram exhortation to “make sense of humour your default emotion” amid the pandemic.

Georgie Carroll, an Australian academic studying the relationship between online creators and their audience, says that alongside those throwing insults, there will likely be some who take the Dubai-traveling influencers’ actions to heart. “Even if the influencer doesn’t intend to be any kind of role model, they become one by default, especially to younger followers,” Carroll says.

Not that the influencers’ influence is all-powerful, according to Jane Harris, who studies public health and social media at Liverpool John Moores University. Harris and colleagues surveyed 1,000 U.K. people aged 13 to 18 and found “influencers were recognized as a source of health information for young people, but a passive one,” she says.

“Are influencer behaviors the key to ensuring an effective Covid-19 response?” she adds. “No, but that doesn’t mean they don’t have a role to play.” Wade addresses the influence he has over his audience — after a fashion. He points out that people come to him because he’s honest and upfront about what he does, saying he once turned down a McDonald’s campaign because he doesn’t eat their food and “it wouldn’t sit well with my audience."

As to why he’s in Dubai, he is clearer. “There’s only so much you can do before you become flat-arse broke,” Wade says. “I am out here for work and pleasure. I do a lot of content for myself, but I also create content for brands as well. I do a lot of photography work for, say, a sunglasses company, and a beer company will maybe want me to post stuff on my Instagram.”

Wade left the U.K. for Dubai on December 27, after U.K. Prime Minister Boris Johnson had announced those residing in London were under tier 4 restrictions to slow the spread of COVID-19. That means they should not leave the area in which they live; fines would not be issued, but police could take action.

Wade had been working solidly through November and December, and felt he needed a break. “My anxiety was getting up, and I thought I needed to see things from a different perspective, have a bit of fun at the end of the year and get back in January and hit the ground running,” he says.

His first five days in Dubai were “solely for partying,” he admits. (He says he feels safer in the UAE than in the U.K.: “Everything’s two meters distanced, everyone has to wear facemasks wherever you go.”) But after that, Wade booked five more days to stay in a hotel to shoot content for an events company and to produce posts for a Dubai-based tailoring firm.

Given the situation in the U.K., where coronavirus deaths now top 1,000 a day, he sees little reason to return. “January is a particularly quiet month for us,” he explains. “A lot of the time, businesses are planning for the future year. I thought, ‘There’s no point in coming back into a prolonged lockdown.’”

Critics also cast blame on the UAE government, which has welcomed tourism while most countries have closed their borders. “Countries like the UAE are continuing tourism as the risk from visitors disproportionately affects the thousands of often-exploited migrant workers upon whom the countries depend, and who have poor access to healthcare,” Francis says.

Sana Chikhalia, an influencer who splits her time between the UAE and the U.K., feels the situation is more nuanced. “I don’t think there is a right or wrong, as that’s a personal choice and the [UAE] has been great at handling the cases,” she says. (Recently, cases in the UAE have shot up from around 1,000 new incidents a day to the 2,500 range, an apparent post-Christmas spike. The UAE was taken off the U.K.'s travel corridor list this week; all but essential travel is discouraged.) “So even if there are people coming from the U.K. or Europe, it doesn’t matter, as they are doing their best in handling the situation.

“It’s a good thing that Dubai is one of the countries open for tourism and that many social media personalities are considering coming here,” Chikhalia continues. “If any influencer wants to travel and help the economy, it is a great idea.”

Wade also points out that influencers are far from the only foreigners in Dubai at present. “There’s a lot of mums, say, or for example, ‘John from Sheffield’ who’s here for a golfing trip with his golfing buddies and has left his kids at home,” he says. “They’re not talked about. Me and my brother keep ourselves to ourselves. We’ve got work to do, and we focus on what we need to do to benefit ourselves and don’t really drink too much.”

Additionally, he believes there’s an element of snobbery toward influencers. “Just because I’ve built a business on doing what I do and creating content, people think that’s not a business, when actually, it is,” Wade says. “Some people just don’t realize that and think the norm is 9 to 5. People are quite uneducated to not realize this is a business, and you can make money out of it. It’s not just taking selfies on Instagram.”