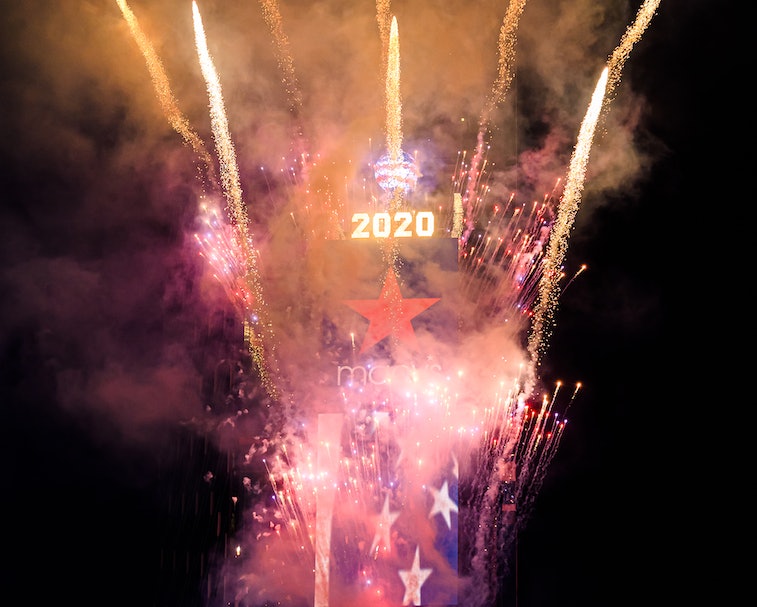 Wow. 2020. What a year. The COVID-19 pandemic irrevocably upended life as we knew it. Restaurants, bars, schools, offices, and practically all public activities where groups once congregated were suddenly off-limits for health and safety reasons. This also meant that the Times Square ball drop — the spectacle thousands in New York City love (and love to hate) — would take place without in-person spectators for the very first time since 1907.

That is, until One Times Square decided to bring the ball drop event of the year to people through virtual and augmented reality. It turns out that you don't have to sulk on the couch this year after all. The app that plans to broadcast the Times Square event virtually will be available on December 19. You can play the full thing on your mobile phone or tablet, and enable augmented reality features. It's available on the App Store, Galaxy Store, and Google Play.

VR and AR rescued 2020 — If there were any doubts about the utility of VR and AR, 2020 cleared them up. As millions began to follow lockdown orders and limit themselves to their homes, apps and programs that relied on virtual and augmented technology suddenly provided a release — an escapist catharsis — for the socially distant. The applications of the technology varied by context.

With no concerts to go to in-person, companies like Tidal and Oculus partnered to launch VR concerts for Oculus headset owners. For the highly restless and antsy crowd, people could go for a run or a simple stroll in these "cybershoes." Frankly, some of us thought that VR was practically dead... but we changed our minds about that, even if it was Facebook's Oculus headsets that mostly did the convincing.

Of course, VR and AR could never replace actual reality. These programs are better seen and used as supplementary technology; the kind of innovation that enhances life on occasion. An app that emulates the Times Square ball drop will obviously lack the details that make the event so entertaining — the crisp cold winter in the city, strangers getting together, and the joyous cheering and applauding when it drops — but it certainly is helpful in keeping you from contracting the coronavirus. Plus, there's no need to invest in adult diapers... which is a clear win.