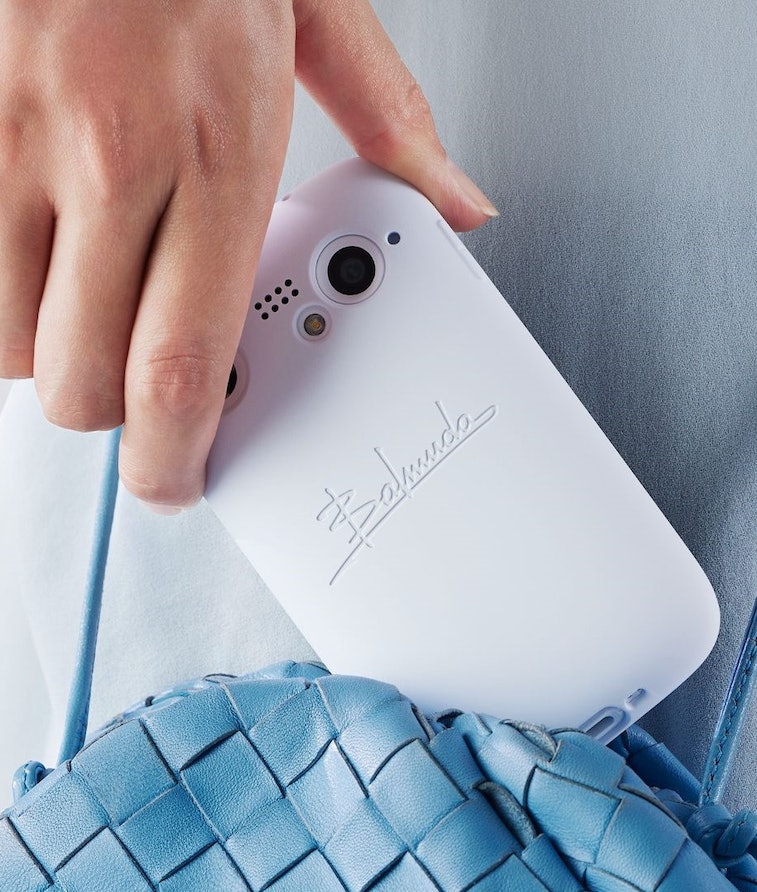 A Japanese toaster company made an Android phone.

A delightful sentence in its own right, but even more so when you see how the newly revealed Balmuda Phone looks. The phone has a curved, plastic, pebble-shaped back, rounded 4.9-inch 1080p front screen, and general mid-range specs. It looks a lot like how phones used to look when they were still somewhat designed to fit comfortably in your hand, as opposed to just squeezing the largest, brightest screen and the best cameras into a still pocketable body. In a sea of black slabs (or black slabs that can fold) the Balmuda Phone stands out — and at least for me, prompts a visceral “I want that” reaction.

I think it's a taste of a more interesting world. One where people walk around with oddball smartphones with the same regularity they do comparatively boring Apple and Samsung designs. It’s also a world that despite how hard people have tried, doesn’t seem possible.

The Balmuda Phone is just the tip of the interesting phone iceberg — it’s not that unusual in the grand scheme of things — but its hardware can serve as a good example. Inside, the Balmuda has a Qualcomm Snapdragon 765 processor, 6GB of RAM, 128GB of storage, and a 2,500 mAh battery. Generally, middle-of-the-road internals for an Android phone, that only become problematic because of the price. You can get the device on contract with Softbank, but an unlocked Balmuda Phone costs 104,800 yen or around $920. You can get a phone with a similar 700-series Snapdragon processor (the 756G to be precise) for $449 in the Pixel 5A 5G. That means buying off-contract (and in Asia) you’d have to be really committed to Balmuda’s design to not feel like you’re getting screwed.

There are lots of possible reasons for the disparity in price. Balmuda views itself as a premium company (those toasters cost $300) and probably feels its designs are worth a little something extra. It’s also possible the company just doesn’t have the same access or deals in place to use better components at scale. $920 might be the best deal the company can currently get. And that’s before we even mention camera performance on the Balmuda’s 48-megapixel rear camera or 8-megapixel selfie camera. The only way to know for sure is to use the phone, but I’d hazard a guess Balmuda isn’t getting the same computational photography performance as Google or Apple.

Hardware presents a clear hurdle for uniquely designed smartphone upstarts. Not only is it difficult to make a phone shaped like a circle in a world of rectangles, but it’s also hard to do it with a price and components that customers want. Unfortunately, you need to have something people want to buy for it to catch on.

The other issue is software. Android in its vanilla form was designed for the classic, candy bar-shaped understanding of a smartphone. Google’s done work to make newer versions of Android more adaptable for other form factors like foldables, but it’s still designing for straight-edges. A device like the Cyrcle Phone from Dtoor shows how quickly the wheels fall off. Dtoor’s Kickstarter demonstrates “Freeform Mode,” a way of resizing and pinning Android apps to fit inside the Cyrcle Phone’s egg-shaped display. It works, but it doesn’t look great.

Alternatively, you could support another OS entirely, like the round, pocketwatch-shaped Runcible did when it was originally announced in 2015. The Runcible’s creators Monohm originally hoped to have its anti-smartphone run Firefox OS. Mozilla’s mobile operating system was ultimately shut down that same year, which led the company to create a fork of Android called BuniOS. Monohm’s last update was in 2019, in which it put the Runcible on indefinite hold because the company claims manufacturers asked for double the initial quoted price to create boards for the circular phone. There hasn’t been an update since.

Every few months I look up images of the phone from the movie It Follows. It’s a clamshell, like a hardware enclosure that looks like a shell, with a screen that could be E Ink. The device doesn’t exist. It’s a piece of production design for an independent horror movie. But that emotional reaction is real and is pretty much the same way I feel when I look at the Balmuda, Runcible, or Cyrcle Phone. Maybe rectangles are the best way to interact with software, but the fact of the matter is, the current economy isn’t set up to find out otherwise unless you’re a giant company like Samsung with resources to throw experiments at.

Maybe the Cyrcle Phone turns out great, or the Runcible is finished and released, they’d still be niche products. The Balmuda Phone is a more palatable reminder of how stale a lot of phone design has gotten. Until Samsung, Apple, and others run out of ways to sell rectangles, that might be the best we get.