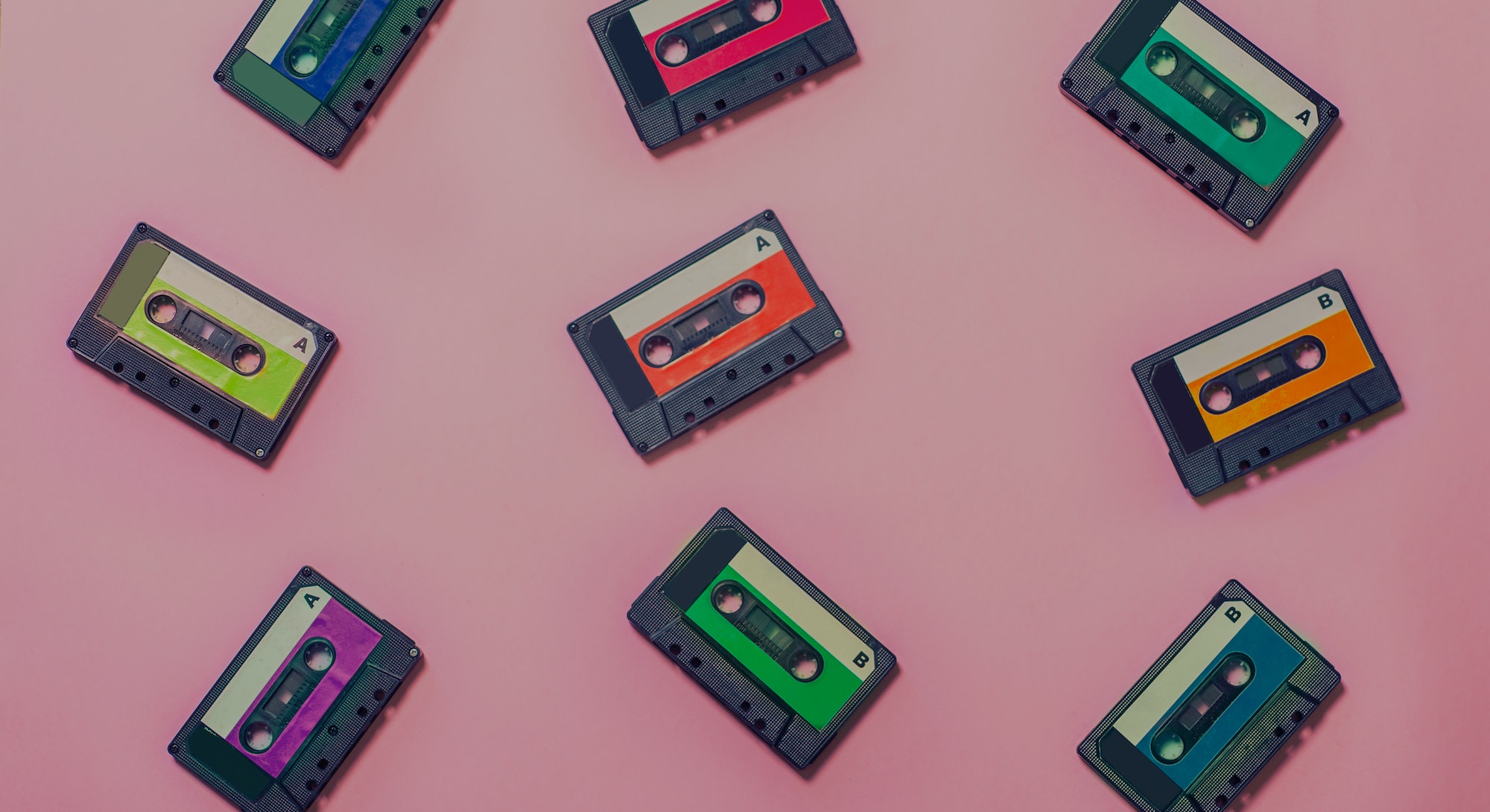 At the stroke of midnight Pacific Time on December 31, the internet radio station 8tracks ceased operations. In the age of Spotify, you’d be forgiven for not knowing about the existence of 8tracks, but it was a big enough deal that in 2011, Time magazine named it one of the top 50 websites in the world. It was also a very big deal for former users like me.

The site was launched in 2008 by David Porter, a Berkeley business school graduate who was inspired by Napster and London’s DJ scene. 8tracks gave users the option to create playlists for any one of their moods. In its early days, the site’s only rule was that the playlists be eight tracks long. 8tracks’ music library was so large and expansive — a result of it having obtained the rights to mainstream radio hits and rare SoundCloud catalogs — that, at first, this limitation barely registered.

I discovered the site in 2009, when I was 14, mindlessly scrolling through my Tumblr dashboard in the computer room of my childhood home in Bradford, England. I found a link to “Songs to Lie on Your Bed and Stare at the Ceiling To,” a mix by DJ lytebryte25 — all users were called DJs — on 8tracks and was captivated.

First off, there was that cool mix title. And then the playlist’s songs came up. Not all at once — as is now the case with Spotify or Apple Music — but one by one, after each song had finished playing. There was a Kooks song I hadn’t heard before, an Iron & Wine one I definitely had, and then Snow Patrol, Band of Horses, Death Cab for Cutie... The effect was as thrilling to my teenage mind as that mix’s album art in what appeared to be 19th century Japanese artist Katsushika Hokusai’s The Great Wave Off Kanagawa drawn in Microsoft Paint.

In the end, the site’s 750,000 users produced 3.5 million playlists. Strangers would post the soundtracks of their lives — what they listened to while studying for their exams, crushing on someone, running in the rain, feeling sad, or investing themselves in the lives of fictional characters. But these DJs quickly stopped seeming like strangers. The knowledge that a person, not an algorithm, had carefully selected each song heightened the listening experience.

Porter likens the thrill of the site to the music scene he enjoyed as a teenager. “When I was growing up, bands like New Order, The Cure, The Smiths — they were niche,” he says. “You almost didn’t want people to discover them. [8tracks never] fit the model of mainstream company growth, which is prevalent today. It was a little bit obscure, a little bit cooler. And that will always have some appeal. But it doesn’t translate to great business sense.”

Porter in large part blames the site’s demise on the emergence of Spotify in 2013. Once users saw what that service could offer, they bristled at 8tracks’ limitations, like not being able to see full tracklists or play songs on demand. “We began to see a downward trajectory in the beginning of 2014,” he says. “After that, we never really recovered. But we tried all kinds of things to turn the ship around: trying to sell the company in 2015, a crowdfunding round in 2016, some informal sales attempts in 2017. It’s been a long journey.”

Today, Porter describes 8tracks as an optimistic outpost of the internet, “just by virtue of people creating these narratives or diaries of their life,” he explains. “There are moments in time when — I think this is as true offline — connecting with others’ experiences brings you some sense of calm or understanding that does make you happier or, ultimately, more optimistic. You know you’re not really alone. The classic mixtape that you share, not just with your friends, but with the world, was a conduit to something greater.”

Tavi Gevinson, actor and founder of the trailblazing Rookie magazine, looks back on 8tracks fondly. In Rookie’s heyday, editors made expert weekly mixes for their young audience with titles like “Leave Me Alone” and “Inhale/Exhale.” “8tracks’ interface made it feel a little more personal and like you were building something. The album art was more prominent and the song titles took up more space,” she said via email.

“You couldn’t browse and discover as easily as you can on the now-leading streaming services,” she continued. “I hate when streaming services suggest songs to me [now], and I like trying to make playlists that escape algorithmic designations — where the songs they might suggest as additions are irrelevant, because they’re basing it on an artist or genre or sound, and I’m trying to think more about lyrical content or themes or more specific knowledge about a song’s history.

I moved on from 8tracks when I started spending less time in the computer room of my childhood home, giving in to the pull of real-world experiences — long trips going anywhere, idle time spent with friends — which demanded I start listening to my music on an iPod. But the tracks that played on my iPod were ones I discovered on 8tracks. Those remain the songs that strike a chord with me: MGMT’s dopamine hit “Electric Feel,” Kid Cudi’s classic “Pursuit of Happiness,” Sufjan Stevens’ existential crisis “Casimir Pulaski Day.”

“I’d like for the company to find a good home as an alternative to bankruptcy.”

Porter says he was relieved when the site closed considering how much work was going into saving it. Still, he remains open to attempts to restore 8tracks. “I’d like for [the company] to find a good home as an alternative to bankruptcy,” he says. “It would be nice for some semblance of the company to stick around.”

That’s the hope of longtime users of the site who remained well after its peak — showing the not-going-away loyalty of ghost town inhabitants — and have transferred their mixes over to Spotify with resigned disappointment. “The fact that 8tracks is shutting down is truly upsetting to me,” wrote Tumblr user complicatedmerary. “For years, I have created personal playlists on that platform and I’m very proud of them…. Sure, I can export them all I want, but 8tracks had a special feeling, something that cannot be replicated with any other streaming service.” Other users expressed a nostalgia for a simpler time:

Ah, for the feeling of everything being right in the world again. Now, if you’ll excuse me, I’m going to go listen to my “Songs to Lie on Your Bed and Stare at the Ceiling To” playlist on Spotify and pretend I’m 14 all over again.