Amazon wants to make more games, for some reason

“Being successful right away is obviously less stressful, but when it takes longer, it’s often sweeter.”

Andy Jassy, Amazon's incoming CEO, in an email to staff. 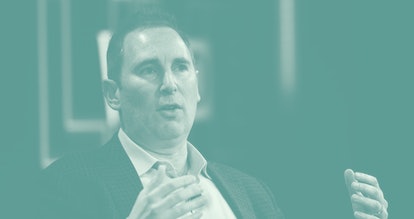 Amazon’s first foray into the gaming world was a disaster. According to the company’s incoming CEO, that’s not going to stop Amazon from making more games in the future.

Andy Jassy, who takes over the CEO role from Amazon’s founder Jeff Bezos later this year, wrote in an internal email seen by Bloomberg suggesting the company’s gaming division hasn’t given up just yet. “Some businesses take off in the first year, and others take many years,” Jassy wrote. “Though we haven’t consistently succeeded yet in AGS, I believe we will if we hang in there.”

The email was sent to Amazon Game Studios (AGS) staff regarding another recent Bloomberg report — this one an explicit takedown of the company’s gaming division and its multitude of failures.

Jassy’s response is a microcosm of Amazon’s general strategy: spot a sector it wants to play in, sink buckets of money into it, and persevere until its venture either succeeds, or fails miserably and the company is forced to cut its losses. So... we have more Amazon games to look forward to. Great.

Let’s line up the facts — Calling Amazon Game Studios a "failure" isn’t so much a value judgment as much as a statement of fact.

The company released its first homegrown big-budget game, Crucible in May 2020, and it lasted approximately one month on the market before being pulled back into beta mode. Crucible peaked at about 25,000 concurrent players — almost nothing in the online-multiplayer realm. Amazon Game Studios’ other big project, the Luna cloud gaming service, is host to myriad other problems, not the least of which is a low adoption rate by new players.

After this series of flops, Bloomberg’s damning report about the culture at Amazon Game Studios wasn’t exactly surprising. The report details a pretty horrific culture at the company, including a “painfully slow” in-house game engine and a workspace that devalues women. Oh, and it says AGS’s lead, Mike Frazzini, is both inexperienced and incompetent. Ouch.

Could Jassy be correct? — Jassy’s email is high on hope but low on details. Rather than addressing the very real issues at AGS, Jassy chooses instead to push forward without naming any actionable changes to be made at the studio.

“Being successful right away is obviously less stressful, but when it takes longer, it’s often sweeter,” Jassy wrote. The email also shows support for Frazzini.

In some sense, Jassy might be correct: Amazon could eventually create a relatively successful video game. But doing so through brute force alone is going to a massively bumpy road (just ask Google, which has abandoned its own, equivalent efforts and shutdown Stadia Studios), and what game creator is going to want to sign onto such a project, given the studio’s past?

Maybe success would come easier if Amazon made actual changes to its gaming studio. Instead, Jassy has chosen brash denial. That’s not the greatest sign of things to come from the company’s new CEO.