Anyone can buy Analogue's Pocket on Dec. 14 — but it won't arrive soon 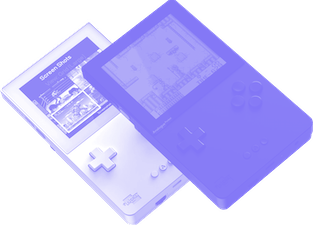 New price of the Pocket.

The Pocket, Analogue’s buzzy handheld console, will soon be available to purchase by the masses. New orders will officially open on Tuesday, December 14, the company announced today.

Don’t get too excited about orders opening back up — those just paying for the handheld now will have to wait a hot sec before actually playing with it. Analogue has split new orders into three fulfillment groups:

The split here is, um, diverse. Some customers will apparently receive their Pocket by March, while others will need to wait until the end of the year — or even until sometime in 2023 — to actually get their hands on it. Analogue has not disclosed the number of orders that will be placed in each fulfillment group.

The Pocket’s price has also been raised to $219, a $20 increase over pre-order prices, to account for pandemic component inflation.

The wait begins anew — Want to know when you can expect your Pocket to arrive if you place an order first thing on December 14? Well, you might want to put that idea out of your head. Your estimated shipping date will very much be a toss-up.

Orders will be put in fulfillment groups on a first-come, first-served basis. You will not be told your fulfillment group when the order is placed; instead, Analogue will email you 2-3 days afterward to let you know where you’ve been assigned. Analogue plans to email customers a week before the device ships to ensure their address hasn’t changed, according to a new FAQ.

The overall vibe of this update screams we don’t really know when you’ll get it so please stop asking us. You could order a Pocket next week and receive it by the spring; someone else might order it later in the day and end up waiting two years for their order to be fulfilled. History has shown us that Analogue’s shipping estimates are not to be trusted, either.

Though for some it’s almost over — After a ludicrously long wait, some Analogue customers will actually get to use their Pockets as soon as next week. The estimated ship date Analogue provided last month — December 13 — still stands. All orders have been upgraded to FedEx two-day shipping.

We’ve now been waiting more than two years for Analogue to actually release the Pocket. The intervening time has only served to escalate hype for the handheld to sky-high levels. First reviews for the device begin dropping Monday morning. Analogue notes in its FAQ that you can cancel your order at any time for a full refund. So there’s that, at least.