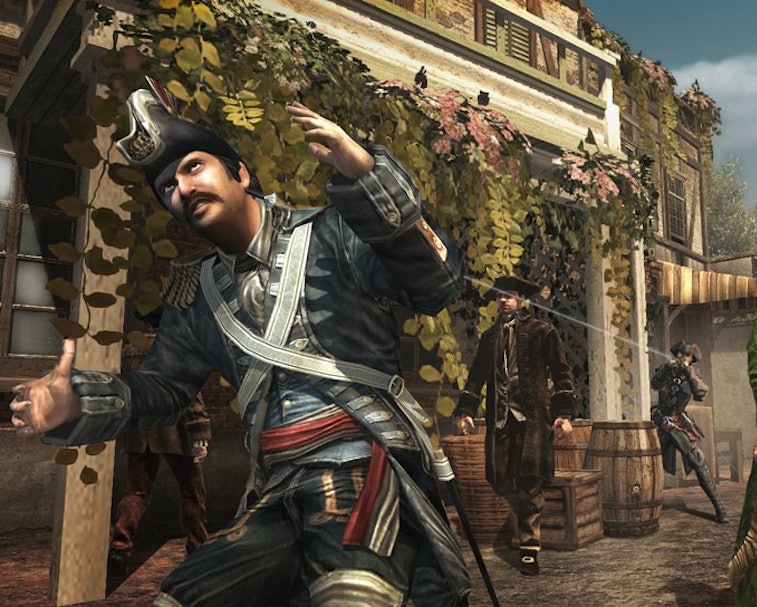 A report from Eurogamer has revealed a possible route the Assassin’s Creed franchise could have went — namely that the series, which was originally planned to be a trilogy, would have ended with the game’s protagonist jetting off into space. Details of this once-contemplated outcome were published by Lars de Wildt, a researcher who focuses on unearthing conspiracy theories and religious beliefs embedded in digital media at KU Leuven, a Belgian research university.

The abstract for Wildt’s research paper, in which he spoke to a number of former Assassin’s Creed developers back in 2019, opens as follows:

Videogame companies are selling religion to an overwhelmingly secular demographic. Ubisoft, the biggest company in the world’s biggest cultural industry, created a best-selling franchise about a conflict over Biblical artefacts (sic) between Muslim Assassins and Christian Templars. Who decides to put religion into those games? How? And why?

A new footnote pointed out by Wildt illuminates how the series as a whole has changed in the last decade since Assassin's Creed III (AC3) was released in 2012:

A neat ending?— Perhaps the success of Assassin’s Creed made it impossible for Ubisoft to finish off a budding AAA franchise in a tight, three-part trilogy. After all, there have been 11 titles in the series, with an accompanying movie that released in 2016. Since the release of AC2, a new entry has come out almost every year.

When there’s money to be made it’s difficult for a video game company to wrap up its IP comfortably by letting “Desmond Miles (the game’s main character) and Lucy start a new civilization somewhere else — as Adam and Eve,” Wildt notes.

"That's why she's called Lucy, after the Australopithecus afarensis," series co-creator Patrice Désilets told de Wildt in an interview. As for where Desmond and Lucy were going, well... "Boum! It's a freaking spaceship!" Désilets replied.

Or, perhaps, a space ending — There is a little more meat on the bone when it comes to the whole idea of a spaceship ending, though. Later on in the original Eurogamer article, intergalactic travel is brought up in relation to Assassin’s Creed: Valhalla, the latest game in the series. And fans have long wondered whether or not the original trilogy’s mysterious precursor race was actually a race of extraterrestrials.

In Valhalla’s ending, Layla (Desmond’s successor) is shown joining Desmond’s spirit in a weird purgatory known as “the grey.” In this space, one’s consciousness lives on and strikes a parallel to the story of Adam and Eve.

All of this demonstrates that studios sometimes find use out of scrapped ideas. And who knows? Maybe a spaceship will still find its way back into the Assassin’s Creed universe.