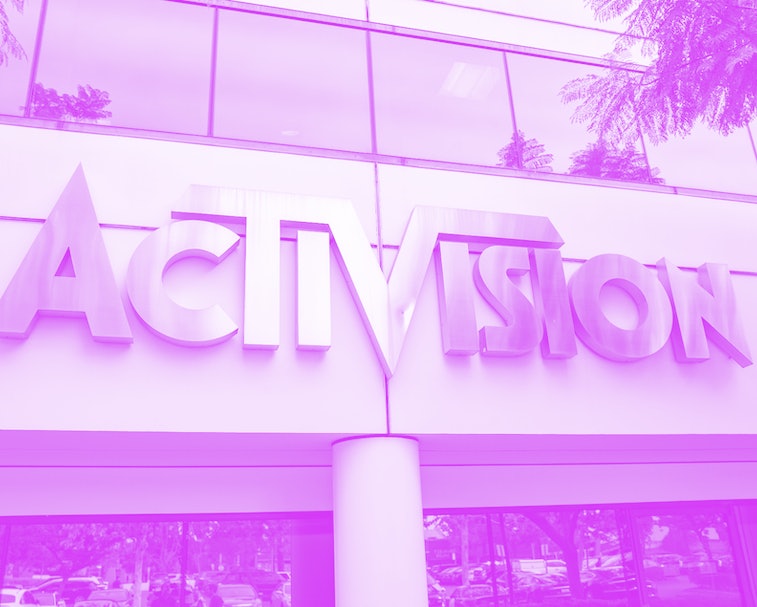 The nonstop drama and tension surrounding Activision Blizzard have once again reached a higher pitch. A new report from Bloomberg claims that the chief council for the California Department of Fair Employment and Housing (DFEH), Janette Wipper, was fired by state governor Gavin Newsom after the attorney pushed back against Newsom's alleged attempts to interfere with the case.

The report states that the assistant chief council for DFEH, Melanie Proctor, resigned in protest following Wipper's ouster. The lawsuit that the agency filed, which claims that Activision perpetuated a company culture that resulted in widespread sexual harassment and inappropriate behavior, is currently pending in California courts. Given that Wipper and Proctor were the two leading attorneys on the case, it's unclear how exactly this will impact it.

Bloomberg further reports that Proctor said in an email that Governor Newsom "began to interfere" with the suit, asking for details on litigation strategy and other information that the lawyers didn't want to give. According to Proctor, the interference "increased" as the case continued to grow, which seemed to coincide with the interests of Activision as a company. When Wipper pushed back, Proctor says she was fired. A spokeswoman for Wipper told Bloomberg that she's evaluating "all avenues of legal recourse."

To make matters even murkier, Activision Blizzard has already settled the federal lawsuit that the U.S. Equal Employment Opportuinity Commission filed last year for $18 million. As we noted at the time, that sum might seem like a lot, but it's actually much lower than many analysts expected. Riot Games settled a similar lawsuit for $100 million back in 2021.

Obviously, these are incredibly explosive allegations, and it's difficult to know what may come of them. Regardless, it seems that Activision is catching a lot of breaks from both federal and state governments, and you can't help but wonder why that might be. Hmmm.