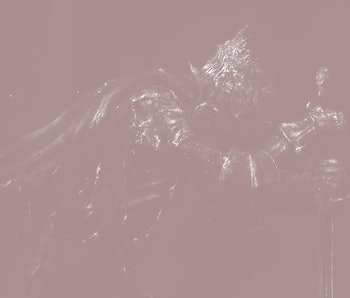 Souls fans cried back in January when they pulled the plug on the multiplayer servers for the PC versions of Dark Souls 1, 2, and 3 after players discovered a nasty exploit affecting all the games. Well, prepare to cry again, because it appears that Bandai Namco has scrubbed many references to multiplayer from the Steam pages of each game.

Needless to say, this has sent many community members into a tizzy, as they're now wondering if the servers are ever going to come back. It's worth noting that some mentions of multiplayer still remain on these Steam pages, including six-player simultaneous play on Dark Souls: Remastered. Bandai Namco previously said that the servers would not come back up until after the release of Elden Ring, but the game came out over six weeks ago. There's been no update on the timetable.

As a whole, it's certainly possible that Bandai Namco has just temporarily removed the tags from these games in order to avoid misleading customers while the servers are still down. To be completely honest, though, that sentence I just wrote reads like absolute denial, doesn’t it. The Souls games are pretty damn important, so let's hope that Bandai Namco can get on the vital task of restoring their multiplayer. Unfortunately, since Elden Ring just came out, it's probably on the back burner for now.

Video game servers go down all the time, often permanently. For example, the original Demon’s Souls’ servers were shut down back in 2018, but that didn’t stop modders from putting together their own private server, complete with World Tendency support. You can still use it today if you’re keen, so let’s hope that if that’s the case for these other three Souls games on PC, the community will come in to fill the void.