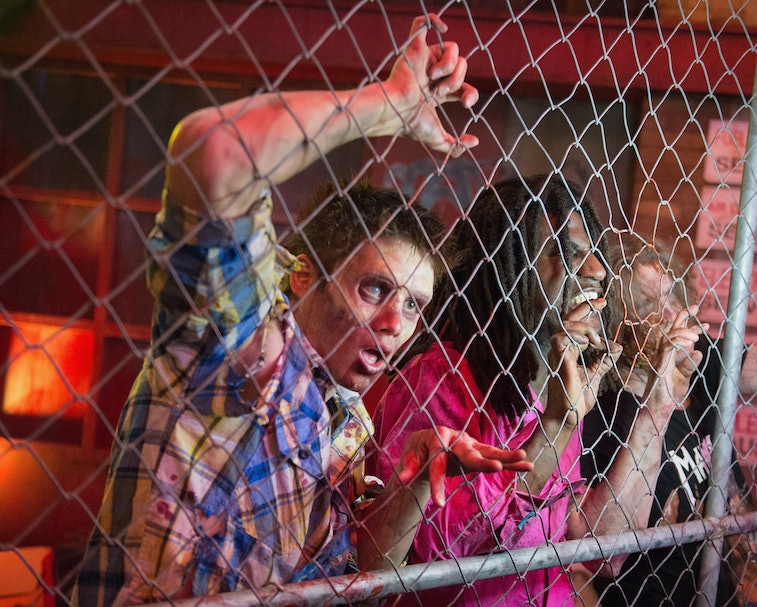 Okay, so Halloween still isn't until next month (and that's if it even happens this year because of you know what). But you can go ahead and start celebrating a bit early because until Friday, one of the greatest zombie games ever, 2006's classic Dead Rising, is on sale for 70 percent off on Steam. Usually $19.99, this gore-fest is now only $5.99.

In Dead Rising, you play as Frank West, a freelance photojournalist who just so happens to find himself trapped in a shopping mall packed full of shambling, flesh-eating monstrosities. Bloody hijinks ensue, as you proceed to mow down any and all of the risen dead (hence the title) in your path with countless creative weapons at your disposal.

Just look at how much this person enjoyed it:

The updated Steam edition can be configured for both Xbox and PlayStation controller, comes with 4K resolution support, as well as an uncapped frame rate capable of supporting 144Hz monitors and Nvidia's G-SYNC technology. In short: although the game is 14 years old at this point, you can still enjoy the smoothest, bloodiest zombie gameplay for an incredibly sweet price.

Capcom's classic zombie action-adventurer can be yours for just $5.99, which is small price to pay for such a bloody good time.

And hey, if that isn't enticing enough to blow off some (totally understandable) steam these days, zombie super-fans can opt for an even better deal: for just $15, you can grab digital downloads of not just Dead Rising, but both its sequel, Dead Rising 2, and the Off the Record expansion. In total, that's a whopping 75 percent off, from its original $60. What are you waiting for? Smash download and