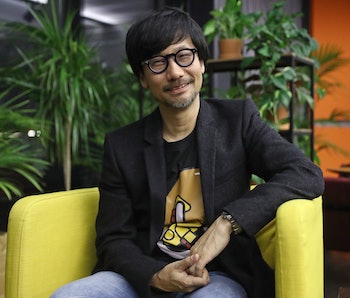 Death Stranding and Metal Gear Solid producer Hideo Kojima is working on a new AAA game. Kojima shared the exciting news on the Japanese podcast NHK, where he told interviewers that he’s creating “a big AAA title that everyone will say that they want to play.” In addition, he’s also making a smaller, more indie-style game that won’t be a shooter or an open-world title.

Slowed development — But Kojima’s studio is Japan is facing some pandemic-related challenges. The team is currently understaffed and has found it difficult to find new hires due to the ongoing pandemic. Those interested in working at Kojima Productions’ Tokyo office should know that the company is currently looking for a programmer, artist, game designer, sound designer, project manager, producer, and a writer.

The job descriptions are simple but also frustrating, as it’s virtually impossible for an applicant to gauge project details based on a single bullet point. While surely intentional, it is surprising to see such a prestigious job description offering only once sentence for a description.

Film projects — In Los Angeles, Kojima’s US-based team is working on film, television, and anime content which could be adaptations or original content. The US office was opened in the fall of 2021 and is being lead by Riley Russell, a former PlayStation executive who handled business affairs and legal for the company.

PC announcement — At CES this year, it was also announced that a director’s cut for Death Stranding is coming for PC gamers. The new game version will include the photo mode and ultra-wide monitor support that exists in the base game. The title is currently available to add to your Steam wishlist and will release sometime this year.

More like this
Steven Wright
6.16.2022 7:45 PM
Blast from the past
This year has been so bad for games that Skyrim is back in the charts
Steven Wright
6.14.2022 6:35 PM
Into the nest
Hollow Knight: Silksong is real, but you won't be playing it soon
Steven Wright
6.13.2022 10:10 PM
Open whirled
Sonic Frontiers haters just don't understand the game, Sonic Team says