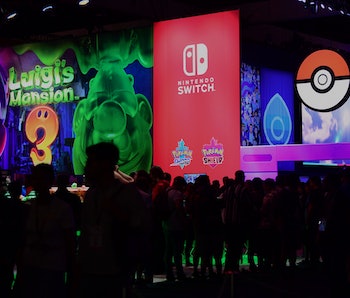 E3, the most-anticipated video game expo of the year, is the latest industry event to fall at the hands of the novel coronavirus. The Entertainment Software Association (ESA), which organizes the annual event, will officially announce its decision to cancel the conference at 12:30 p.m. ET (9:30 a.m. PT) on Wednesday, according to Bloomberg. E3 was scheduled to take place June 9-11 at the Los Angeles Convention Center, where it was expected to draw crowds in the tens of thousands.

Update: The ESA has released its official announcement on the cancelation.

After careful consultation with our member companies regarding the health and safety of everyone in our industry – our fans, our employees, our exhibitors and our longtime E3 partners – we have made the difficult decision to cancel E3 2020, scheduled for June 9-11 in Los Angeles.

Following increased and overwhelming concerns about the COVID-19 virus, we felt this was the best way to proceed during such an unprecedented global situation. We are very disappointed that we are unable to hold this event for our fans and supporters. But we know it’s the right decision based on the information we have today.

The organization says it will be issuing refunds to attendees, and is "exploring options with our members to coordinate an online experience to showcase industry announcements and news in June 2020." So that's something!

Rumors were already flying — Ahead of the official announcement, Twitter was abuzz with rumors that the ESA was gearing up to call off E3. After all, SXSW, GDC, Mobile World Congress, Facebook's F8, and Google I/O have all been scrapped for this year. Tuesday night, writer Mike Futter tweeted that "multiple sources" had approached him with news of E3's cancelation, while sources close to the matter separately told ArsTechnica that official cancelation was on its way. And, video game publisher Devolver Digital cryptically tweeted: "Cancel your E3 flights and hotels, y’all."

The ESA has been holding out until the very last second to call off the expo, though. At the beginning of March, it posted an update on its website stating that it "continues to plan for a safe and successful E3 show," noting that it was "monitoring and evaluating the situation daily." That's despite the fact that the city of Los Angeles, where E3 is held, had officially declared a state of emergency. It was only a matter of time before big names started dropping out of the conferences.

Now, E3 organizers may be planning an online event to make up for the canceled show. According to Bloomberg, a private memo sent to the ESA's partners says it is "exploring options" to do so this summer.

Now’s not the time for complaining — Yes, it sucks that you have to cancel your flights and hotel bookings. And yes, it sucks that a ton of money has been poured into this event that, now, will not happen. But people are dying, and that’s nothing to be messed with. The number of people infected has climbed to over 113,700 globally and the death toll now exceeds 4,000. In the U.S., the CDC reported 647 cases and 25 deaths as of Tuesday afternoon. So, we'll all just have to take the inconvenience in stride. At least you have your video games to ride out the quarantines.