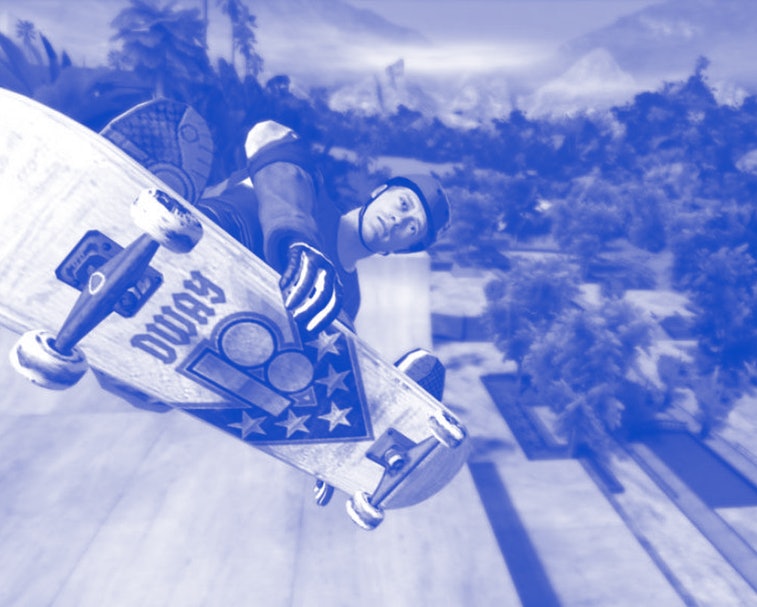 Some in-development footage of Skate 4 in action leaked onto a video site yesterday, and EA acted swiftly to remove it. However — the internet being what it is — the clip has been passed around quite a bit since the leak, and you can still find it on YouTube if you put in the magic words. (Hint: the magic words are "Skate 4.")

To be perfectly honest, the clip isn't anything special: in it, a skater rides down a hill, pulls some sick grinds, and then front-flips directly into the ground. The city environment that surrounds the skater is obviously unfinished, with very little detail on the buildings and streets that he passes. As someone who isn't particularly well-versed in the Skate series, if you had told me that this was a clip from one of the many Skate-inspired indie games on Steam, I probably would've believed you.

Positive buzz — Still, Skate fans are drawing some modicum of hype from this 30-second clip. Several commenters on one YouTube video (might be taken down by now) were happy to see a more "realistic" physics model, especially compared to the cartoonish physics of Skate 3. Others said that they're already impressed with how smooth the animations look, even in this obviously unfinished state.

Until recently, Skate 4 was one of those dream projects that stream chats wouldn't shut up about during big gaming events. However, EA confirmed that the game was in development back in January 2021 at a new studio called Full Circle. There's no release date on the game yet, but judging by the state of this footage, we wouldn't be surprised to learn that this clip is two years old or more.

Switch off — This is some good news for Skate fans, which is a nice change of pace. Late last year, EA announced that it was turning Skate 2's servers off as planned, despite the game's arrival on the Xbox backward compatibility list. Bummer. We suggest playing Thrasher: Skate & Destroy instead — it's got a much better soundtrack.