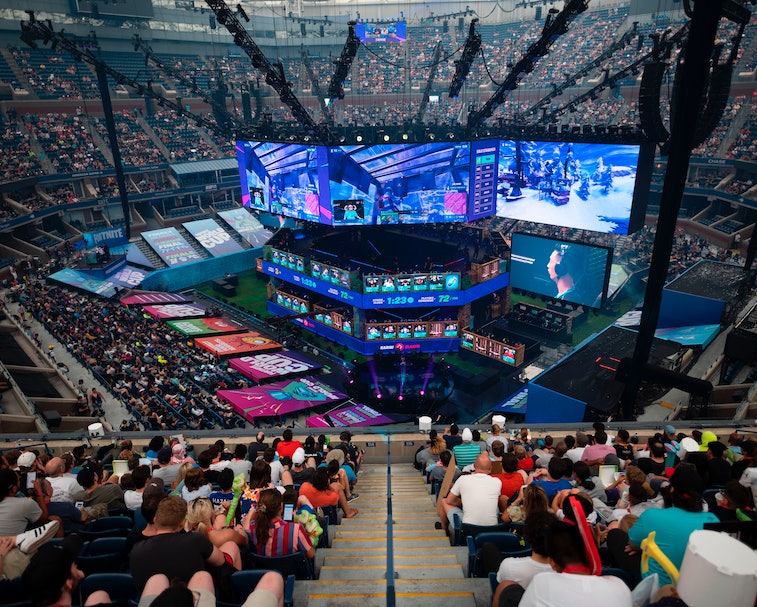 Epic Games is still fighting its battle with Apple over fees charged in the App Store, and it's using gifts to garner sympathy from gamers. The developer has partnered with Samsung to send #FreeFortnite swag to some popular streamers. The packages include a Galaxy Tab S7 and a bomber jacket with an embroidered message on the breast that reads simply, "Free Fortnite," beneath a silhouette of Fornite's llama mascot stitched in the rainbow hues that used to adorn the Apple logo.

"Fortnite was named the Samsung Galaxy Store Game of the Year for 2020," a note inside the box reads. "While Fortnite may not currently be available on the App Store or Google Play, you can still get the latest Fortnite updates directly from the Epic Games app on the Galaxy Store. Spread the word. #FREEFORTNITE."

Apple removed Fortnite from the App Store after Epic tried to bypass its in-app payment system — it's not available on Google Play either, but users on Android can at least install Epic's own third-party app store and download the game there.

Poor taste — Unfortunately for Epic, this gifting campaign is being roundly criticized as hypocritical as people say it perfectly exemplifies the inherent hypocrisy in the developer's argument. It's not a David being attacked by a Goliath, as it tries to paint itself, but rather a multibillion-dollar company fighting another multibillion-dollar company over a monetary dispute, all under the guise of a righteous cause.

And with these gifts, Epic's partnering with another multibillion-dollar company, Samsung, which is using the opportunity to promote its own products and services, and making money in the process by selling hardware.

Fake social justice — The sad thing is that Epic's actual case is more nuanced — it wants Apple (and to a lesser extent Google) to open up its platform and stop wielding so much control over independent developers who have to play by its rules and pay the company commissions or else be locked out of the second-largest mobile platform in the world.

Many people are starting to agree that Apple's behavior harms consumers and makes the app market less competitive. It's just that Epic is a wildly successful company — it did $4.2 billion in revenue during 2019, and posted $730 million in earnings — and not a small player being killed by Apple's fees. 2020 will likely be an even better year with gaming taking up more of people's time; co-opting gamers to its cause will just help it earn even more money.

More like this
Steven Wright
20 hours ago
Gaming
Amid the crypto crash, should you buy a used GPU?
Jackson Chen
6.23.2022 7:20 PM
Gaming
Everything we know about the PS5 Pro Controller
Steven Wright
6.15.2022 12:00 AM
Hype life
Is anybody actually excited for PlayStation VR 2?