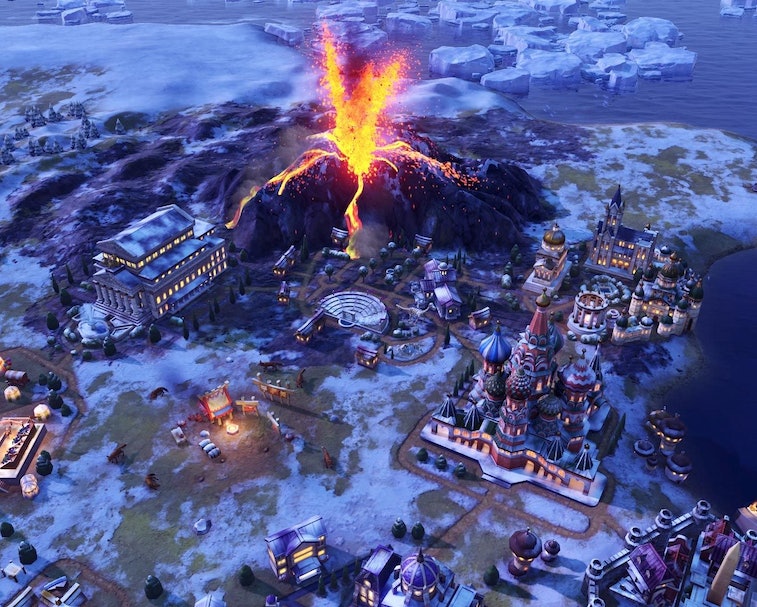 Sid Meier’s Civilization games have been around for almost 30 years now for good reason: they’re easy to get into and they let you play god. And right now you can get Civilization VI, the series’ most expansive game ever, for just $15 (that’s 75 percent off!) on Steam.

The series is, at its heart, an exercise in control. Build an entire empire from scratch without the pressure of, you know, actually putting it into practice in the physical world.

Civilization VI keeps the series’ staple turn-based strategy gameplay and adds even more depth. It’s the same formula that’s brought gamers to the Civilization playing field for almost 30 years, and it works just as well as it ever has. It’s engrossing to an extreme: you can easily lose a few hours at a time delving into the many, many complex systems Civilization VI has in store. Playing is a lot like sitting down with a board game — except the board is so long it would never fit on your table, or even the floor of your living room.

For long-time fans of the city, there are some new elements here to shake things up. City-building has been tweaked somewhat; certain city improvements can only be built on special spots outside the city proper, for example. This unlocks a load of new potential bonuses: grab some extra points for putting your college campus near a forest so the students can study biomes there. Oh, and there are a bunch of new AI empire leaders — like Cleopatra and Queen Victoria — who you’ll have to cozy up to or batter with your armies, depending on how rage-filled you are that day.

A single playthrough of the game will occupy you for five or six hours at the bare minimum (new players will probably take at least twice that to figure out the complex systems). There are online multiplayer games, too — with both asynchronous and live options.

This Civilization VI deal is only good until October 7, so it’s time to open Steam and get your credit card ready. For those amongst us with way too much time on their hands, Steam also has a “Platinum Edition” bundle that adds a bunch of DLC — two full expansion packs and a bunch of scenario packs — for $47 (usually $88!). And the developers still release new DLC every once and a while, even though the game first came out in 2016. It's the gift that keeps on giving.

Play god and create your own empire. Let it flourish or perish. It's up to you. You're a god, after all.