GPU shortage rages on despite increase in total shipments 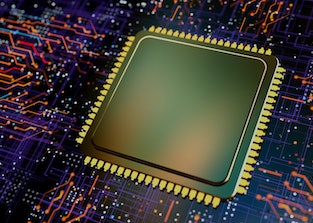 The total number of graphics card (GPU) shipments have increased since 2020, with 25.7% more GPUs shipped compared to last year, according to analyst firm Jon Peddie Research. Despite this increase in shipments, it’s still next to impossible for the average gamer to get ahold of a 30-series NVIDIA GPU or a new PS5.

Why is this happening? — Unfortunately, the perpetually sold-out hardware is partly due to an ongoing global chip shortage. Silicon semiconductor chips are the scarce missing ingredient required for GPUs, consoles and even new cars. The chip manufacturing process is extremely water intensive and sensitive to drought, with scientific magazine Cosmos reporting that over 2,000 gallons of water is consumed to produce just 100 new chips.

But the shortage is also due to increased demand, as a growing number of cryptocurrency miners seek out the latest GPUs and gaming companies announce new titles that run best with new hardware. Console manufactures like Sony have released games that can only be run on the PS5, leaving those with PS4s or older machines in the dust.

Tech CEOs don’t have good news — When asked about the semiconductor shortage, which is the tech industry’s explanation for the supply chain challenges, Intel CEO Pat Gelsinger told CNBC that he doesn’t foresee the shortage being resolved until at least 2023. Wait… what?

“We’re in the worst of it now,” Gelsinger said in October of the chip shortage. “Every quarter we’ll get incrementally better, but they’re not going to have supply demand balance until 2023.”

Likewise, NVIDIA CEO Jensen Huang bore similar bad news. “Through the next year, demand is going to far exceed supply. We don’t have any magic bullets in navigating the supply chain,” Huang said in an interview with Yahoo Finance Live.

Marketing to a select few — Besides its obvious effect on frustrated gamers and hardware company CEOs, this chip shortage is very bad news for gaming companies, too. When big publishers like Epic Games and Ubisoft promote new titles with enhanced graphics, most gamers with older GPUs won’t be able to experience what they’re being sold. This will result in awkward moments where gamers are being encouraged to buy things that, well, they literally can’t because there are no PS5s or Xbox Series S/Xs in stock anywhere on planet Earth.

Scalpers and bots, oh my — PC Mag reported that since the pandemic, freshly unemployed tech-savvy scalpers are using bots to snag all available GPUs as they’re released within seconds. And some are actually selling access to their bot services to any poor souls willing to do just about anything for the latest hardware.

Discord to the rescue? — For gamers looking to buy a 30-series card or the latest console, joining a Discord server is one way to find out about upcoming drops from major retailers like Target, Best Buy and Walmart. Former GPU reseller and computer enthusiast Ryan Ly told Input that he got into reselling GPUs after leaving his job in the technology field and is a member of many “mostly helpful” Discord servers.

Ly follows the Falcodrin Community Discord and the Fixitfixitfixit Discord servers for hardware drop news. In his opinion, the servers are largely good because they don’t allow members to “scalp” in the servers. Instead, they set maximum prices for resellers, which is over MSRP but includes a “finder’s fee” added on top of the item’s base price.

According to Ly, who has been following the GPU resale space for nearly a year, the cryptocurrency mining demand poses a bigger problem than scalpers. “I have a feeling miners are a stronger source of the problem,” he said, citing the new lower hashrate versions of NVIDIA’s 30 series cards.