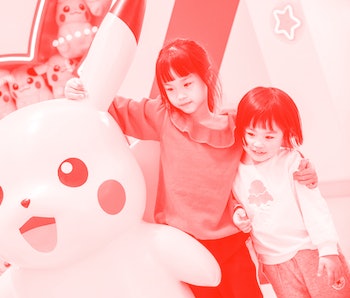 In another instance of Japan getting all the cool stuff, Kotaku reports that players there of the upcoming New Pokémon Snap will be able to print out their favorite pictures at Lawson convenience stores.

Set to release on April 30, New Pokémon Snap is an updated version of the 1999 game in players are tasked with taking pictures of Pokémon in their natural habitats, using items like apples in order to lure the Pokémon and get better shots. Photographs are judged afterward for quality.

Digital meets analog — An official website from Lawson explains that players need to transfer their game data from a Switch to a smartphone or PC. From there, users visit the New Pokemon Snap site on Law’s website where they can upload their pictures and receive a number. When they take that number to a Lawson shop they can print out their photos on stickers or photo paper. Stickers cost 250 yen to 400 yen ($2.30 to $3.67) while photos run between 200 yen and 350 yen ($1.83 to $3.21).

While stickers are cool, it’d be even cooler to turn your rare shots into NFTs and sell them as digital assets. You never know, with the outrageous prices digital “art” has been going for recently, we wouldn’t even be surprised if your rare Charizard snap nets you a pretty penny.

Sound familiar? — If the New Pokémon Snap printing service sounds familiar, that’s because it is. Back in the ‘90s, Blockbuster in the U.S. offered a similar printing service for the original game. That one was a lot cooler than the Lawson service because Nintendo created custom arcade cabinets with a connected printer. Gamers could slot their Nintendo 64 cartridges into Blockbuster’s Pokémon Snap Station and print out their digital photographs onto stickers, creating collectibles like baseball carts that they could actually hold rather than look at on a screen.

Maybe Nintendo still has plans on bringing something similar to the states, but we wouldn’t count on it. If you really want to print your pictures, though, you can just use a photo printing service from Walgreens or elsewhere.