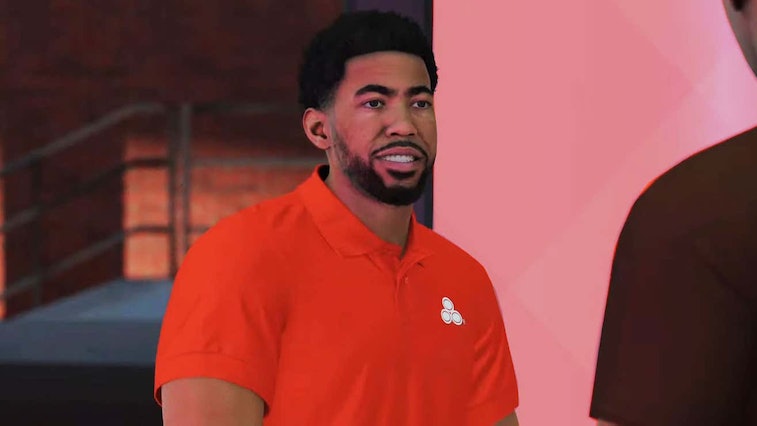 NBA 2K22 was released last week, the latest installment in the basketball franchise, and the game is getting attention for the curious appearance of Jake from State Farm, a character that the insurance company has used in advertising campaigns going back as far as 2011.

You’ve surely seen them. The commercials are all a variation on the same joke, with people showering Jake, a State Farm Sales rep, with gifts because of the supposedly great rates offered by the insurance agency. Pretty much every such commercial that goes past a few iterations gets unfunny, but State Farm has really beaten the Jake character into the ground.

Please no — Kotaku wrote about Jake’s new appearance in 2K22, saying that he appears in the game’s “The City” mode, a large open-world environment where players can walk around, play basketball with other online players, and work their way up to NBA stardom. They can also run into Jake, who is standing outside of a State Farm branded clothing store. A video of the marketing ploy shows that when your player encounters Jake, you can strike up a brief conversation reminiscent of those from the ads, with the finishing line being State Farm’s famous “Like a good neighbor” slogan.

It’s all feels a bit forced, but Kotaku points out that the NBA 2K series has historically been filled with advertisements, and microtransactions that require you to pay real money for in-game items. Clearly developer Visual Concepts has no shame shoving further money-making opportunities into the already $80 game. At least with Jake from State Farm, when you meet him you unlock his outfit for free.

Money grab — The NBA 2K series has largely remained the same concept over the years, with the developers iterating on a yearly release schedule to make the mechanics as close to real life as possible. But it’s also introduced micro-transactions in recent years. The last iteration in the series, 2K21, was criticized for pushing players to spend real money in order to be competitive and advance quickly up the ranks. IGN wrote last year, “It’s a shame that 2K’s focus isn’t on the fun you can have on the court, but instead the money that can be extracted from your wallet off of the court in the MyCareer and MyTeam modes, which just aren’t fun to grind through without paying.”

For some time now, there’s been a belief among a cohort of gamers that sports games like 2K should move to a free-to-play model that charges for in-game items, as Visual Concepts releases a new version every year for $70-80, games which are fundamentally very similar. It would perhaps make more sense to offer updates as downloadable content.