“I appreciate you taking the time to try to arraign a meeting with Mr. Takeda and Mr. Yamauchi to discuss a possible strategic partnership... I understand Mr. Takeda's concerns...” 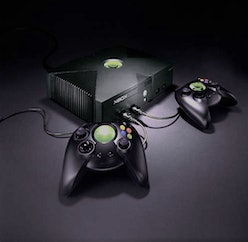 Microsoft unveiled a virtual Xbox museum yesterday to celebrate the console’s 20th anniversary, but one tidbit stands out among all the other trivia found throughout the experience: That time Bill Gates tried to buy Nintendo before he even entered the video game console industry.

Few out there may recall this, but there was a time when many people scoffed at the idea of Microsoft entering the console wars. The year was 1999, and with the Sega Dreamcast’s rapidly waning popularity, it seemed apparent that everyone’s home video gaming futures lay squarely within one of two camps: Sony, or Nintendo. With the PC gaming market already cornered, it seemed like somewhat of a risky venture for Microsoft to dump its time and money into shaking up the console world.

Apparently, even Microsoft felt uncertain, given this letter attempting to sell Japanese execs on the idea. We all know how that ended up going, of course...

“A possible strategic partnership” — The message (addressed to Jacqualee Story, then head of Nintendo America) is largely obscured by the virtual museum’s explanative text, but what can be seen reveals Microsoft was indeed extremely thirsty for Mario and company.

“Dear Jacqualee, I appreciate you taking the time to try to arraign a meeting with [Nintendo execs] Mr. Takeda and Mr. Yamauchi to discuss a possible strategic partnership between Nintendo and Microsoft on future video game platforms," reads the message. “I understand Mr. Takeda's concerns about the possible partnership and will try to [obscured] the guidelines that he has requested."

According to Bloomberg’s oral history of the Xbox’s inception published earlier this year, that first try at buying Nintendo went about how you would expect. “They just laughed their asses off,” remembers one Microsoft exec. “Like, imagine an hour of somebody just laughing at you. That was kind of how that meeting went.”

Classic PUA tactics — Microsoft’s later approach to wooing Nintendo kinda resembled the asshat pickup artist (PUA) technique of “negging,” wherein men essentially try to attract women by insulting them (it’s a terrible strategy, if you can believe it). Instead of owning Nintendo outright, they tried to compromise.

“The pitch was their hardware stunk, and compared to Sony PlayStation, it did,” recounted former head of business development, Bob McBreen. “So the idea was, ‘Listen, you're much better at the game portions of it with Mario and all that stuff. Why don't you let us take care of the hardware?’”

Somehow, that didn’t work out, either. And we expect Nintendo execs are still laughing about it today.