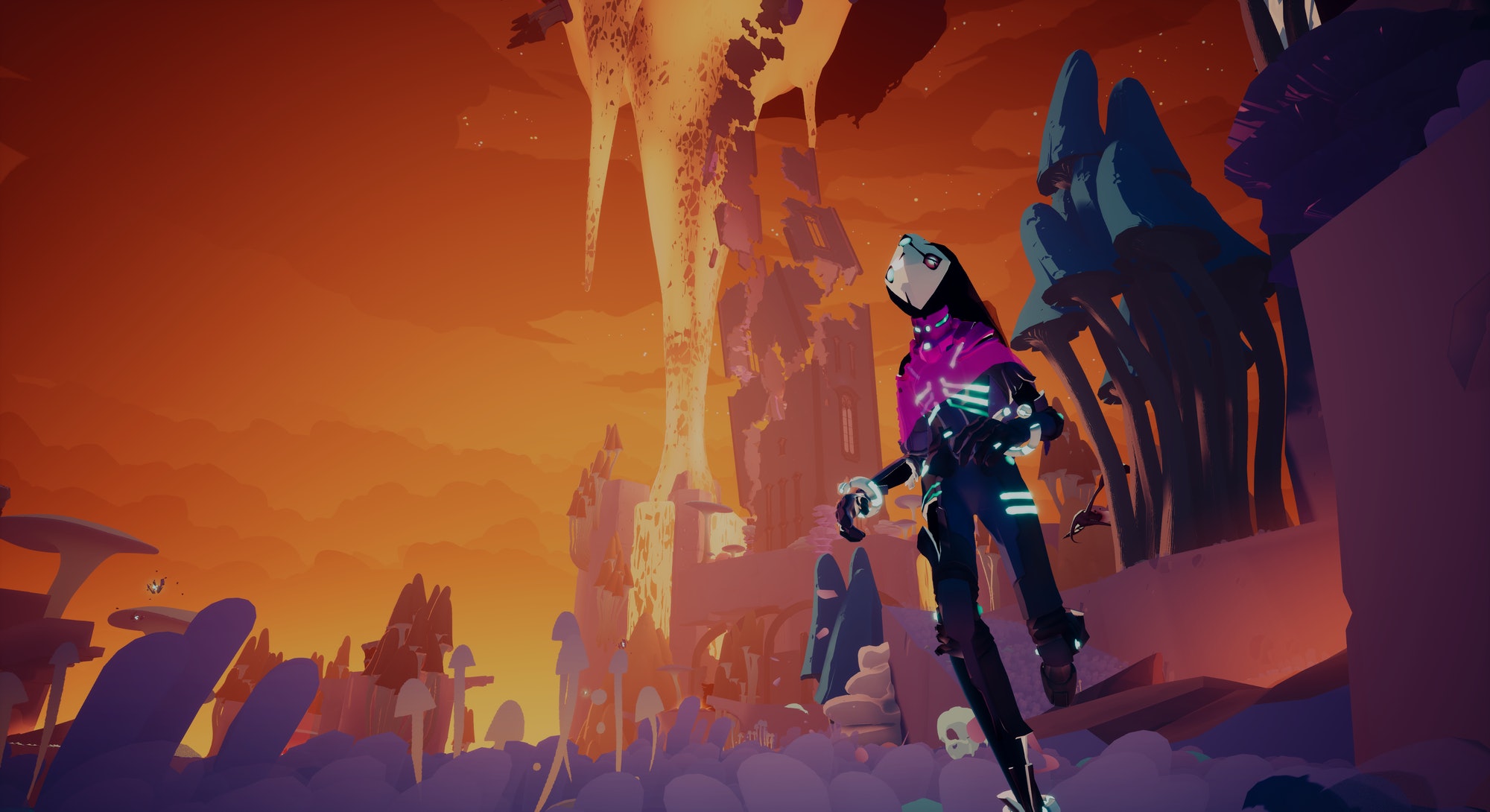 We should be used to the idea by now that wealth inequality is increasing.

Trickle-down doesn’t mean much against an upward flood, as the wealthy get wealthier, bolstering their status and influence. And it should be no surprise that games are following the same path, highlighted by Microsoft’s $68.7 billion acquisition of Activision that further consolidates big publisher power and tentpole releases that swallow up nine-figure budgets.

In the days of disc-based gaming some 20 years ago, the disparity between the production costs of ‘triple-A’ (AAA) games and the rest was significant, but never as huge as it is now. Plenty of ‘double-A’ (AA) titles sat on store shelves beneath their illustrious cousins without feeling embarrassed about sharing the same price point. Sure, they weren’t as polished or as graphically cutting-edge, but they were substantial experiences that often offered leftfield alternatives to genre norms. But the classic AA faded with the rise of downloadable gaming, while the biggest franchises have grown unfathomably complex and more risk-averse than ever.

Increasingly, however, developers and publishers are seeing value in the middle ground. Indie backers such as Annapurna or Devolver Digital are extending their reach to larger projects, while corporate subsidiaries such as Deep Silver have continued to kindle the spirit of the old AA experience. Under their wings, teams of dozens rather than hundreds are making fully-featured games well beyond what we might call indie. And despite the tight budgets, they’re wary of growing too big — if not determined to avoid it.

“I do think there’s a bit of a resurgence of this kind of mid-tier game,” Alx Preston, studio founder and creative and design director of Heart Machine Studio, tells me. He points to 2016’s The Witness as one of the early proofs of the model, which showed that a $40 price point could work in download-only gaming. Heart Machine released its first game, Hyper Light Drifter, in 2016 — an accomplished, compact 2D pixel-art indie adventure mostly made by a core team of five. Last year, the developer released its ambitious 3D follow-up, Solar Ash, having increased the team’s numbers to 20 then 30 towards the end of development.

Organizing a mid-budget production like Solar Ash can be trickier than smaller or larger projects, according to Preston. “It isn’t expensive enough to have the exact number of people you’d really want for it,” he says, “but not cheap enough for the return on investment to be as obvious.”

The small team on Hyper Light Drifter was able to stretch its limited budget because everyone involved could agree to take relatively low salaries temporarily, he adds, but that’s not possible once you scale up and have to attract more experience and talent. “A mid-range 3D production like this still requires a lot of that skill set that typically goes to AAA,” he says. “So you’re trying to find folks who are willing to take a pay cut and want to jump into a project of this scale.”

Yet a mid-tier production can be an attractive prospect for staff over larger companies. “They have more control and more input that can actually influence the direction of the game,” Preston says. The issue now is whether Heart Machine can keep growing without sacrificing that flexible design or originality of their games. “With Solar Ash, we were able to swim around trying to figure things out for a while,” Preston says. “But I feel like at AAA scale, you need to have a clear path for your game design and experimentation is limited.”

As much as he wants to take on more staff to make development easier, he’s aware of balancing expansion against the strictures of big budgets that larger companies face. “Imagine being the scale of AAA,” he says, “I would probably feel more cautious too about the things we're developing and hedge some of our bets.”

Another studio that took a stride forward in recent years is Fishlabs. After honing its outer-space shooter series Galaxy on Fire on mobile platforms, the German developer released Chorus late last year, another space shooter, but this time a much larger open-world console title.

“It’s a chance to have something that is different. It didn’t feel like a risk, much more like an opportunity.”

While the genre has a long history, typified by ‘90s titles such as Wing Commander and Starfox, it’s largely underserved these days, and studio development director Tobias Severin considered this a gap in the market. “You can say it’s an unproven genre that might be risky,” he says. “On the other hand, it’s a chance to have something that is different. For us, it didn’t feel like a risk, much more like an opportunity.” The release of the moderately priced Star Wars Squadrons in 2020 was also a help rather than a hindrance, he adds, showing there was still interest in the genre.

Severin explains that the mid-budget market quickly became very competitive during Chorus’s development, however. “Five years ago, we were talking about five to 10 million budgets [for AA],” he says. “Nowadays, I’d assume we are talking about 15 to 20 million. So in terms of getting the financials, it's becoming more difficult.” Also, while Chorus was a fully-featured open-world game, and while modern development tools such as Unreal Engine make it easier for smaller studios to create impressive visuals, sometimes there’s only so much that can be done without larger sums of cash.

“The things we struggled with a little bit were the production of cinematics and those kinds of really expensive things,” Severin says. “In a more AAA environment, I guess we would put more money into that.”

Yet, similar to Preston, Severin is concerned about balance as well as funding. The aim with Chorus was to “play it slowly” in terms of scope while pushing close to AAA quality and not compromising on the fiction they wanted to create. “To be honest, Chorus would never have been greenlit with a AAA budget,” Severin says, but he doesn’t necessarily view that as a negative. For example, he says, as much as he might relish working on a Star Wars licensed game, “then you need to respect the brand, you need to work with it in the rigid universe.” That’s not what he wanted for Chorus, a fresh IP they could craft from the ground up. “We were free to think outside of the box,” he says. “The concerns and the constraints, they come later.”

Other instances of middle-tier development, meanwhile, haven't emerged from studios scaling up but from experienced AAA developers leaving expensive productions behind. Raphaël Colantonio founded Arkane in 1999, where he directed games such as Dishonored and Prey. But in 2017, he exited the company and later set up WolfEye Studios, whose first game, Weird West, is due for launch this March. When working on AAA projects, he says, “at the end you just feel like part of a machine.”

At WolfEye, conversely, he finds being a creative director more involving, and he treasures the closeness of the team. “If I look at the core of people we have,” Colantonio says, “all of them are friends, I respect all of them, I love working with them. I think that's really what it boils down to, for me. It’s a passion and I want me and my bunch of friends to make something that is meaningful and fun.”

Colantonio also makes clear that although Weird West is considerably smaller in budget than Arkane’s titles, it’s not a smaller experience. The first-person view of Dishonored has been switched for an isometric perspective, but this is still a fully-fledged ‘immersive sim’ action RPG. In fact, he explains, the systems of interplay between objects, AI and players in Weird West can be more complex because graphical fidelity is lower. Intricate interactions “become exponentially [more difficult] in a game with production values that focus on how hair moves in the wind,” he says. Features get cut and ambitions simplified “because otherwise it creates too many unknowns,” he adds, “and you’d have to spend decades and millions of dollars trying to fix that.” With Weird West, the visual style is more abstracted, which means “you can do more in the realm of simulation,” Colantonio says, and as long as it isn’t distractingly simple, he doesn’t think players will mind.

“It really forces you to focus on what matters in a game.”

Even so, this does create different kinds of challenges for Weird West, because there’s nowhere to hide. “You're down to the reality of your game,” Colantonio says. “Is it good or not?” There’s no faking it by filling in gaps with extra visual flair or “pretty cinematics” that will attract players’ attention away from an otherwise unremarkable experience, he explains. And if that makes development tougher, it certainly doesn’t have him pining for bigger budgets again. “It really forces you to focus on what matters in a game,” Colantonio says. “It’s more in line with my desire to explore creative endeavors and take risks.”

It's impossible to ignore that each of these interviews keeps circling back to one overriding implication — the industry is weighed down by its mammoth franchises, shackled rather than liberated by the complexity and cost of their cutting-edge technology. “You hear about the disappointment of the Tomb Raider reboots where they sold like 12 million copies of the first one,” Preston says. “How is that a sales disappointment?” For most it would be a huge success, of course, but when a game costs $100 million to make, it has to perform exceptionally. “That's the kind of math that I think starts to get toxic for the industry,” Preston says. “Maybe there are better ways to do this stuff.”

The resurgence of mid-tier gaming is important, then, not merely as a nostalgic revival of the good old AA days, but as an essential source of fresh ideas. “When you have a game that’s going to cost $100 or $200 million, you have many, many eyes on you,” Colantonio says. “What they care about is the bottom line, so everything is going to be very conservative.” For games of this stature to stop becoming stale, they need inspiration from indie and mid-tier productions. “That's where most interesting ideas come from, I think,” Colantonio says, “then bigger games, or later iterations of the same IP, get more interesting. You might have a bigger game that uses an idea from a small game.”

Severin also emphasizes the value of mid-tier titles. “These kinds of games are driving innovation in our industry,” he says. He mentions PUBG as an example, a game made by a relatively small team that sparked the battle royale phenomenon. “I think it's really important, and innovations will come more from these kinds of titles and from indie titles,” he says. “Who's spending $150 million on an experiment?”