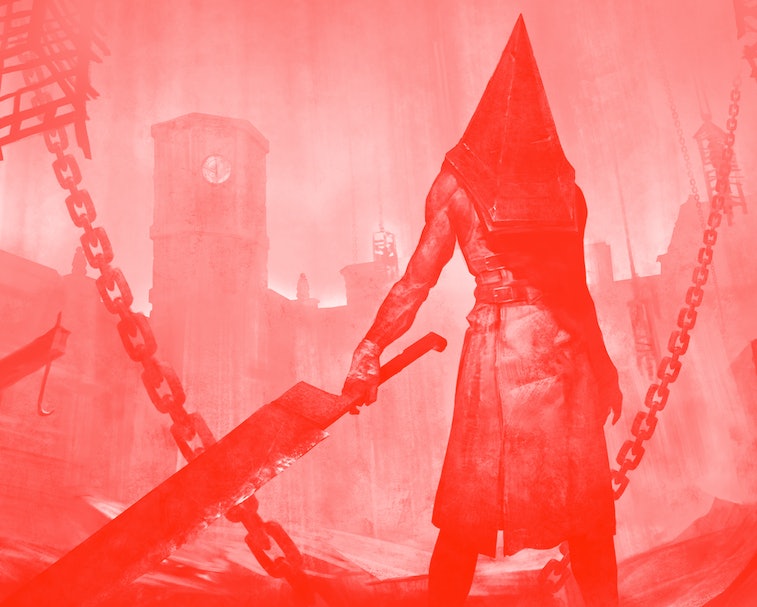 In the pantheon of video game leaks, there are some franchises that stand head & shoulders above the competition, and Silent Hill is perhaps the very zenith.

Recently, yet another Silent Hill leak emerged in the wild, but it looks a lot more convincing than previous rumors. What's more, the images were quickly removed from circulation via DMCA takedown, which has led many fans to label the leak as "confirmed."

No tape found — These images were uploaded by an occasional leaker and YouTuber who goes by Dusk Golem, who claimed that the images were from an in-development project. The leaker mentioned the additional clues "Anita & Maya" and "SMS messages," as well as claiming that this is not the only Silent Hill game in development, either.

The five images themselves are fairly standard horror-game visuals that would fit right at home in a hypothetical SH reboot, but also the dozens of indie games inspired by Silent Hill 2 in particular. Two of them depict trash-strewn apartments, and another is a young woman's face interspersed with scribbled phrases like "I hate myself." The most striking image, a hallway dominated by thousands of sticky notes, is even signed by long-time franchise artist Masahiro Ito.

Pyramid of progress — In the past, Dusk Golem has leaked some details from other survival horror games such as Resident Evil. Rumors from VGC (among other sources) have suggested in the past that the horror developer Bloober Team is currently working on a SH project, and that a Japanese developer is also building its own take on the franchise. (Bloober Team confirmed that it’s working on a big horror franchise with Konami back in 2021, but we still don't know if that's a Silent Hill game.)

Observers dated the images to 2020 and translated a block of Japanese text in one of the images before the DMCA request removed the images from Twitter. However, you can find the screencapped images fairly easily.

As always with video game leaks, it's important to remain skeptical. However, to my eyes, these images look a hell of a lot like a Bloober Team game, and I think there has to be some fire to all the SH smoke. But perhaps it's just another psychological puzzle.