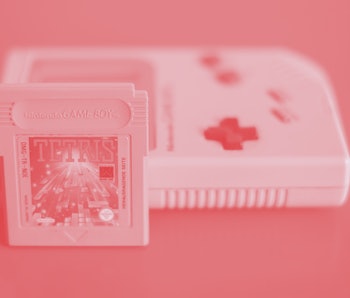 Nintendo hasn’t manufactured the original Game Boy since 2003, but it looks like the company is keeping a stash of them in case of emergencies. A Japanese national newspaper reports that, when an ill 95-year-old Japanese woman’s favorite Game Boy stopped working, she hand-wrote a letter to the company’s customer service.

The company said they no longer had the parts to fix her device — but it also included a brand new Game Boy that had been found in a warehouse. The Japanese woman was able to play Tetris on her new Game Boy for four years before passing away at the age of 99.

Good for Tetris if not much else — The 95-year-old woman loved to play Tetris on her Game Boy — which might be just about all the device is good for. By today’s standards, the original Game Boy barely qualifies as a piece of technology. The 8-bit handheld had a tiny, green screen with a meager resolution rate.

That being said, there are plenty of nostalgic gamers who would pay copious amounts of money to get their hands on an untouched Game Boy. We can only assume there are more squirreled away in a vault somewhere, waiting to be re-released for collectors after the climate apocalypse. In the meantime, the rest of us will have to just keep playing Tetris 99 on the Switch.