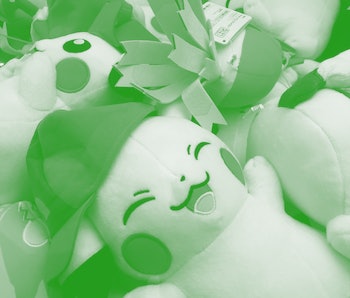 Niantic has a special surprise for Pokemon Go users. This week, it announced that Pokemon Go will soon get a social media feed section in its readout bar.

This is unprecedented for the app as Pokemon Go didn't have a consolidated spot for social media updates prior to this development. But while the concept is great (and unmistakably optimized to increase user addiction to the app), some may worry that the timing of the launch is less than optimal. After all, the app encourages users to be out in public spaces, and we're all currently in the midst of necessary self-isolation. Input has reached out to Niantic for comment.

What's in Today View — The purpose of Today View is to keep Pokemon Go users updated with information about future events, bonuses, daily streaks, and other developments. According to Niantic, Today View will be split up in multiple sections: events, Pokemon in Gyms, PokeStop spin, Pokemon catch streaks, and Upcoming, which is meant for in-game news.

The company has yet to announce a specific date for the launch but it added "we’ll be adding even more to the Today View in the future." Here's what it is expected to look like.

A recipe for pandemonium — New and dynamic as it is, the problem with Niantic's announcement is its timing. Nothing more, nothing less. It arrives right in the chaotic middle of a pandemic that has overwhelmed a large swath of the world. And whether the company realizes this or not, as Newsweek reports, Pokemon Go has already inadvertently caused some tension in Italy where a 31-year-old man told local police in San Fermo that he had to defy the local coronavirus-sparked lockdown for one simple reason: "I have to hunt the Pokemon."

For its own part, Niantic is trying to come up with solutions to help people experiencing cabin fever under quarantine. The company has worked on ways to let people play Pokemon Go indoors. So, if you're a Pokemon Go addict who is practising social distancing and adhering to a public lockdown (as you should), you can read up on how it works.

As for the social media section launch, Niantic will hopefully launch it once quarantines have wrapped up in most parts of the world. With at least 400,000 people testing positive worldwide, at least 18,000 dead, and desperate calls for quarantine and physical distancing in multiple countries, a highly addictive app that requires you to be outside in close proximity with others for the most part is the last thing public health officials need.