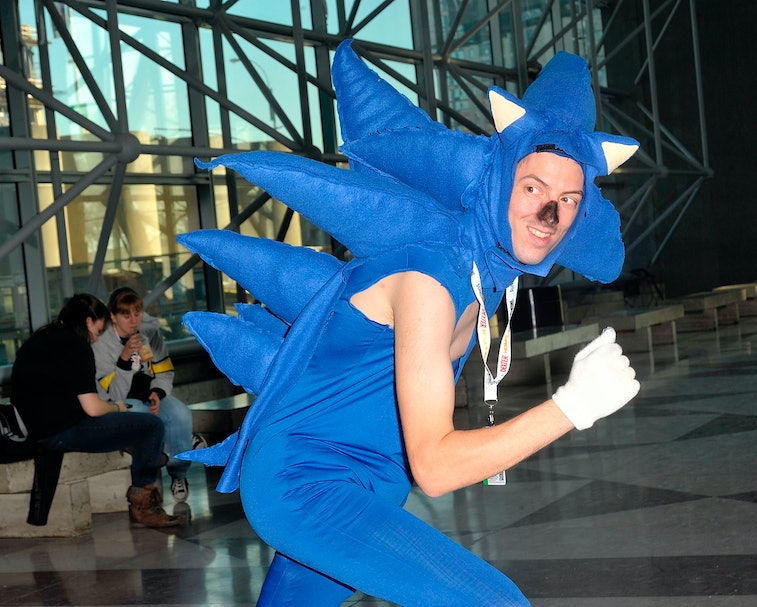 Novelty colognes are a dime a dozen. Well, actually, they’re usually quite a bit more expensive than that, but there are a lot of them out there. And yet, the latest batch to come our way has us morbidly curious: Sega Smells.

Alright, so that’s not their actual name, but they are officially licensed unisex colognes from the iconic video game company. Three varietals are available for ordering just in time for the holiday season, each inspired by a classic Sega franchise: Yakuza’s “Bourbon and Smoke” (antique oak, cedarwood, beeswax, infused with smoky bourbon, leathery rose and pimento), Shenmue’s “Tobacco and Gold” (cardamom, bergamot, golden tobacco, deep orris, with a strong patchouli base), and — you guessed it — one for Sonic called, um... “Blue Blur.”

Much as we would love for that one to make buyers smell like a wet hedgehog, “Blue Blur” offers an “aroma of fresh citrus, a zing of grapefruit zest and exotic lemon and lime, topped with the scene of the ocean breeze and chilled melon fade.” It’s also apparently got base notes of leather, suede, and cedar, so there’s that. Each scent is currently available for pre-order for £29.99 (about $40 USD).

Not as much a stinker as other Sega projects — As absurd the idea is of splashing some official Sonic “Blue Blur” cologne on before heading out on a hot date, it’s not quite as disappointing as Sega’s other recent endeavors. More specifically, we’re referring to the attempts to port some of its classic titles over to the Nintendo Switch. According to some recent leaks, it looks like Nintendo is planning to massively expand its N64 and Sega Genesis catalog (not that that’s saying all too much).

That would be great to see... provided the games actually worked on the Switch. As it stands, most of these ports have been notoriously buggy, with some even verging on unplayable. The choice now is up to you: plop down $50 a year for the Switch Online games... or spend about the same for a kooky Sonic-scented perfume.

If nothing else, we can say with absolute certainty that it won’t smell as bad as that G-Fuel “Sanic” Chili Dog flavored energy drink... yes, you read that correctly. You’ve been warned.