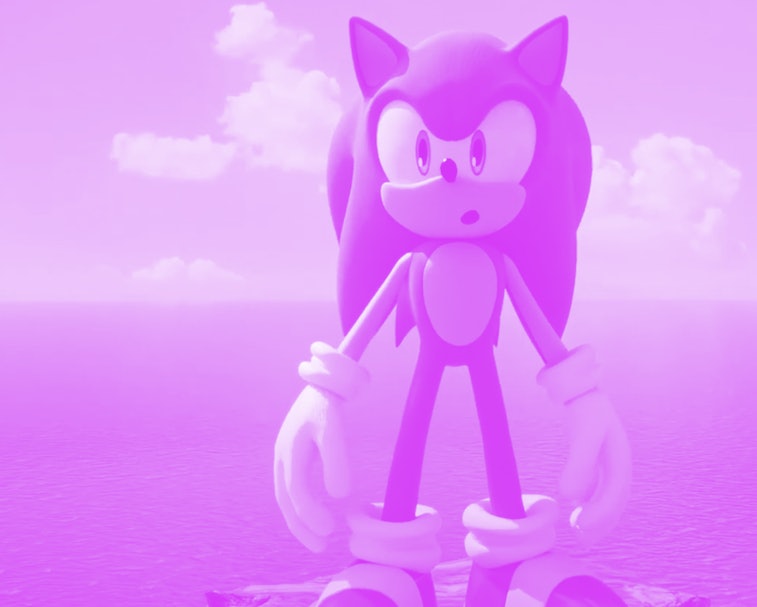 We've seen a substantial portion of Sonic Frontiers over the past few weeks, and it's fair to say that impressions have been a bit muddled so far. (While it's too early to pass full judgment, I personally think it looks wonderfully ambitious but underbaked so far.) Well, Sonic Team heard your feedback, and its response is simple: you just don't understand it, man.

In a recent interview with VGC, Sonic Team boss Takashi Iizuka remarked that the muted reaction to Frontiers didn't surprise him, because fans are comparing it to games that are already out there.

He further claimed that the new game's "open-zone" format is "something that doesn't really exist in any other comparable titles," and that Sonic Team will use the next few months to explain its appeal to a wider audience. He also invited fans to come to in-person gaming events like Gamescom or Tokyo Game Show to try the game for themselves.

Most crucially, Iizuka said that testers have been quite happy with the game overall, and that Sonic Team does not plan to delay the game from its stated holiday 2022 release date — regardless of what fans might be saying on social media. (Some Sonic-heads have called for the game's delay, but it seems to be more of a blip than a full-on campaign.)

Still, it's hard to know what to think about Sonic Frontiers at this juncture. A few writers (including Fanbyte’s Imran Khan in the above tweet) who have played the hands-on demo have posted their impressions, and it seems that they're mostly negative so far. While that doesn't mean that the final game will disappoint fans, I think it's fair to say that it's probably not going to be the second coming of Breath of the Wild. Then again, are we really surprised?

More like this
Steven Wright
6.16.2022 4:33 PM
Closed ring
Sonic Frontiers will be ‘open-zone,’ with no smooching allowed
Steven Wright
6.13.2022 8:37 PM
Old frontiers
We've finally seen Starfield, and the internet can't get enough
Steven Wright
6.14.2022 4:23 PM
Earn my dread
Why the Persona collection announcement is so infuriating