Sony is losing money on every PlayStation 5 it sells 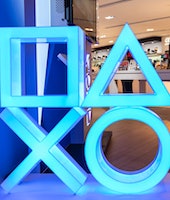 Sony released its 2020 financials (for the period ending 31 December) earlier today, and there are some intriguing insights to be gleaned. While the Japanese-based company fared well overall and managed to sell 4.5 million units of its new PlayStation 5 last year, it turns out the "strategic price point" Sony set for the next-gen console is less than the cost of its components. That's right, the PS5 is actually loss-making for the company.

On top of that, consumers purchased a (comparatively) paltry 1 million Sony phones during 2020's holiday season — a 23% decrease from the previous year. But given the cost of games and the fact its console is still hard to find in stores (the new Xbox isn't much easier to find), not to mention the ongoing pandemic, we don't imagine Sony will be too disappointed with its 2020 performance.

It's all about the accessories — Despite recording a loss on each of the 4.5 million PlayStation 5 consoles sold since its November 12 release, Sony still reported a $26.7 billion yen (roughly $2.5 billion) operating income increase within its "Game & Network Services Segment" over 2019.

According to Sony, the deficit incurred from its next-gen console sales is more than made up for with the games and add-on content markets for both the PS4 and PS5, coupled with the discounted sales for the previous generation PlayStation 4 console. The company reported an impressive 20% rise in total operating income compared to its 2019 year-end results.

Sony has used this strategy before — This isn't the first time the company has decided to price its consoles around or below the break-even point. Back in 2013, multiple outlets reported similar loss estimates for initial PlayStation 4 sales, with each console barely netting the company $20. At least it wasn't a loss-making album, which has no hope of recouping on accessories or other content.

Of course, it's clear that strategy paid off, so it's little wonder Sony's followed it again. Considering the time consoles spend on the market — the average is at least five years — there's also a good chance by the time the PS5 reaches the end of its lifespan the cost of its components will have fallen enough to make it profitable.

Going forward, Sony's report also predicts the spring Q4 to bring in even more cash to counter the PS5's built-in loss. By the end of March, the company estimates it'll bring in another $285 million in "Game & Network Services" sales. No word on just how much the staggeringly unprofitable Sony phone division is estimated to net it (or cost it), but hey, at least that $2,500 phone is going to rake in something, right? Assuming it, too, isn't being sold at a loss, that is.