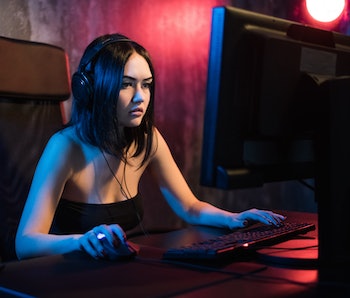 When it comes to live-streaming on Twitch, the options for your broadcast are basically endless. Well, unless you want to show off your body, that is. The company finally clarified how its new community guidelines treat nudity and clothing requirements, after much confusion around what could be considered “suggestive.”

The vagueness of Twitch’s guidelines has led to some outrage from streamers banned for wearing this “suggestive” clothing. A previous version of the guidelines said simply: “we recommend creators wear attire that would be publicly appropriate for the context, location, and activity.”

The new rules are based on what Twitch calls “standard body-coverage expectations.” All explicitly sexual content is, as always, banned. Hopefully the clarification leads to less confusion for streamers in the future.

No nudity, ever, in any circumstances — The expanded policies are very clear about Twitch’s stance on nudity. There are no situations in which nudity is allowed on Twitch streams. Users are responsible for all content on their streams and are expected to “take immediate action” if any nudity appears on-screen. Butts and genital areas are the main offenders of this rule.

Nipples, but only for men — Notable in Twitch’s expanded community guidelines are different standards for men and women.

“For those who present as women, we ask that you cover your nipples,” the guidelines read. “We do not permit exposed underbust. Cleavage is unrestricted as long as these coverage requirements are met.” There’s just one exception to this rule: breast-feeding is allowed on Twitch streams.

So yes, those who present as men are allowed to show their nipples live on camera. No such luck for women. This is reminiscent of Tumblr’s “female-presenting” nipple ban from a couple of years ago.

The guidelines err on the side of caution, aiming for a streaming environment that’s welcoming to all ages and backgrounds. Twitch does have a “Mature Content” flag that streamers can turn on — but female-presenting nipples are apparently too polarizing for even a mature Twitch stream.

The mystery shrouding Twitch’s attire guidelines has finally been solved. Now the question is: what took the company so long to figure this out?