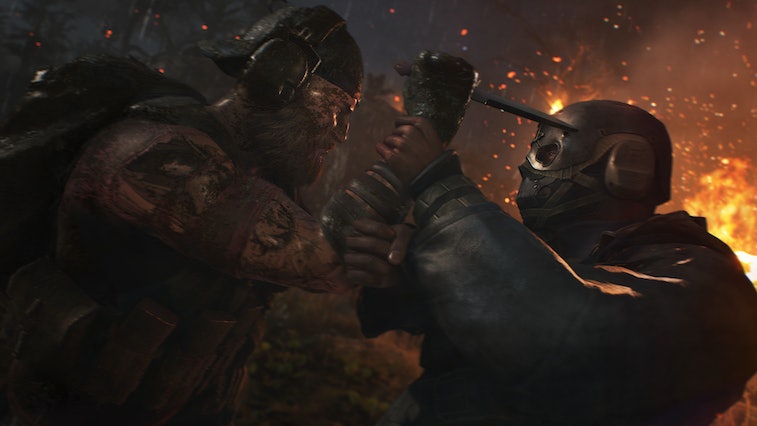 December marked the beginning of the in-game NFT era for Ubisoft. The company known for hit franchises like Assassin’s Creed, Far Cry, and the Tom Clancy extended universe, launched three free NFTs called “Digits,” within the ecosystem of Ghost Recon: Breakpoint. Despite the early returns being less than favorable, Ubisoft has doubled down on its position, citing the wave of backlash as a “major change,” for fans in an interview with Decrypt.

The prognosis before launch was already damning, serving as a warning for things to come. As pointed out by Kotaku, the initial announcement trailer was aggressively unpopular among the fandom. Sometime after racking up over 40,000 dislikes, the total count became hidden, much to the comment section’s displeasure.

As you could probably predict, the release of “Digits” was met with an equally lackluster response. Ubisoft Quartz, the name of its NFT platform, had only traded under $400 worth of sales as of this week. Didier Genevois, Ubisoft’s blockchain technical director, remained steadfast in the wake of all the backlash — this is what he had to say to Decrypt on the NFT rollout:

“We have received a lot of feedback since the announcement, and we hear both the encouragement and the concerns,” he said. “We understand where the sentiment towards the technology comes from, and we need to keep taking it into consideration every step of the way.”

Even worse internally — Maybe the negative reactions are solely coming externally? Maybe support for this foray into non-fungible tokens comes from the inside? Nope. Kotaku received a look at some messages on Ubisoft’s internal social media service, MANA, and the developers’ response was arguably worse than the fandoms’.

“I still don’t really understand the ‘problem’ being solved here,” wrote one employee. “Is it really worth the (extremely) negative publicity this will cause?” Another asked, “How can you look at private property, speculation, artificial scarcity, and egoism, then say ‘yes this is good, I want that, let’s put it in art?’”

Digits was hailed as “the first platform for playable and energy-efficient NFTs in AAA games,” by Ubisoft. The NFT initiative was launched two weeks ago in conjunction with the PC version of Ghost Recon: Breakpoint.

Maybe Ubisoft could learn a thing or two about how a successful NFT rollout is contingent upon the community buying into the content, not the company behind the content trying to sell more of it.