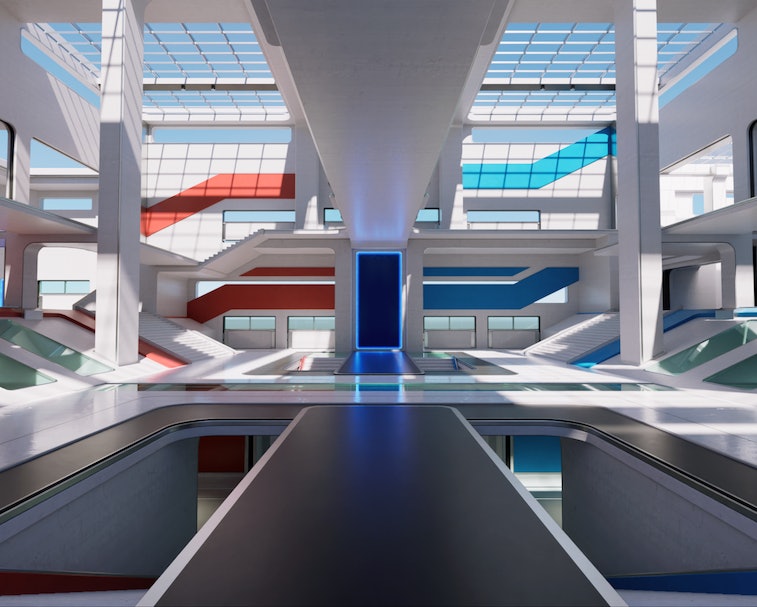 Unreal Engine, the powerful game engine behind titles like Fortnite, GTA: The Trilogy, and Kingdom Hearts: III, to name a few, first revealed its next-gen engine, Unreal Engine 5, in May 2020 with a jaw-dropping tech demo. Today, Unreal Engine 5 officially launched for developers, to be used specifically for next-gen consoles and PC. Its release is accompanied by a shooter called Lyra, so that developers can get a feel for how the new engine works. The news was announced over Twitter and through Epic Games’ State of Unreal 2022 showcase.

What are we dealing with here?— Aside from The Matrix Awakens, Unreal Engine 5 has already been “battle-tested” after being implemented in Fortnite Chapter 3, last December. The two new features of this game engine allow for next-gen, real-time rendering, so that the worlds players inhabit are even more immersive.

Among the tools are Lumen, a lighting solution that gives developers the ability to create lighting that behaves like it would in real life — think minute details, like the lighting provided by turning on a flashlight or by opening up an exterior door.

Nanite meanwhile enhances the playing experience by allowing developers to hone in on “massive amounts of geometric detail.” All of those structures or landscapes will be boosted by “film-quality source art comprised of millions of polygons,” so that a game’s environment becomes even more realistic.

Aside from the aforementioned sample shooter, Lyra, Epic is also making City Sample, which is the environment of The Matrix Awakens, available to test out Unreal Engine 5. With both of these samples, the hope is that developers can work out the basics of creating a shooter or open-world experience through these sandbox worlds.

As mentioned during the State of Unreal 2022, 48 percent of announced next-gen games are powered by Unreal. The game engine is even being used in the spheres of music, film, and TV. Even so, it will take some time for developers to get the most out of the engine, as they work out the kinks.