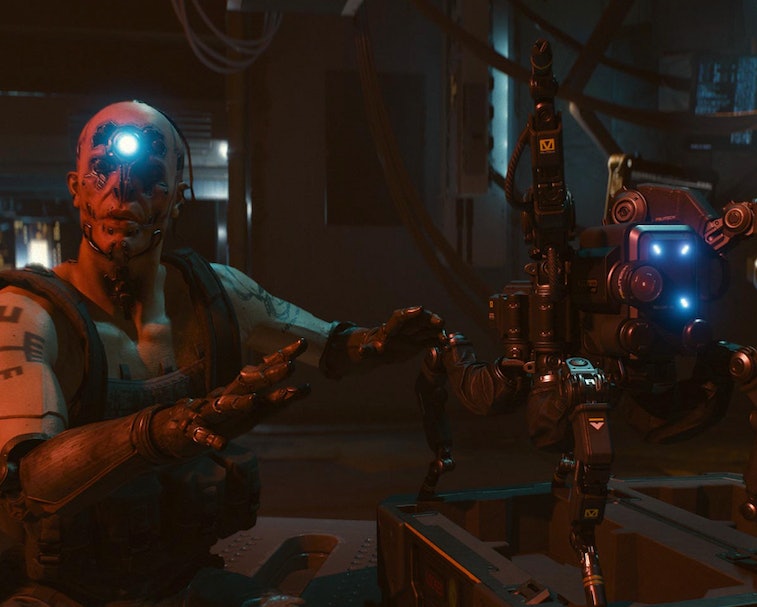 Cyberpunk 2077, for Americans at least, feels like the ultimate 2020 story: neverending delays and the reveal of overpromising and underdelivering when push came to shove. Developer CD Projekt Red has released its own modding support tools to encourage creative players to make the game their own.. and maybe even get some glitch solutions from the community, according to TechRadar. The modkit is a little scant, but there’s hope for more tools with future patches. Frankly, there's hope for all sorts of thing with future patches.

Getting under the hood — The modkit comes a few days after Patch 1.1 which attempts to clear up a laundry list of issues along with a few, genuine updates. The modding tools should help scratch anything from some casual creative itches to bolstering some NSFW fantasies regarding Keanu Reeves.

CD Projekt is no slouch and has another patch lined up in the near future which may include additional mod tools. At the very least, existing tools will be updated alongside patches to ensure compatibility.

Guys, a little help, please — Ideally, mods should be mainly focused on expanding a game’s limits, or more often, adding some flair. Cyberpunk 2077, however, had a launch so dismal that the game is available for refunds pretty much everywhere and even on one of its less glitchy platforms, players are abandoning it in droves.

The introduction and future expansion of a modkit could lead to some interesting solutions from the game’s most devoted fans, but it’s safe to say that we all wish it didn’t have to come to this.