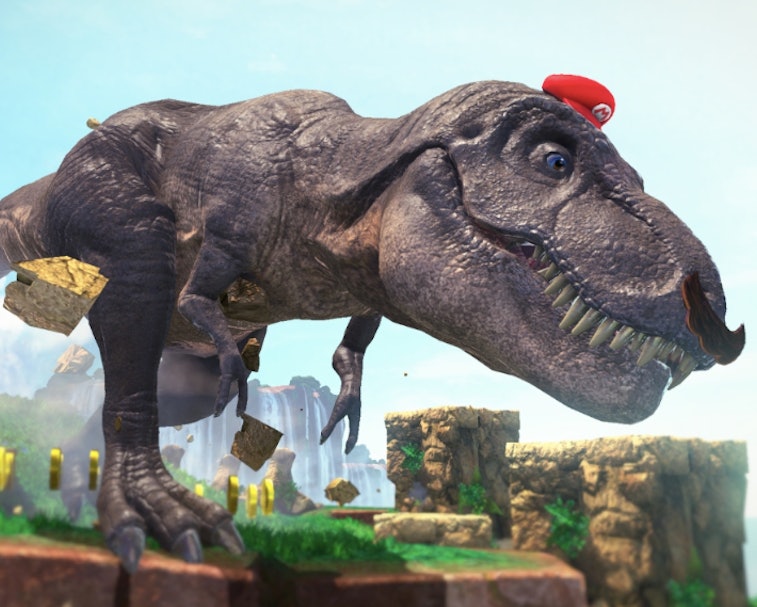 Super Mario Odyssey became an instant classic upon its release for the Nintendo Switch in 2017. The 3D adventure title is among the highest-rated in the long-running series, sitting at or near the very top of reviewers’ lists. And there’s a simple reason for that: it’s a delight to play.

It’s a story that will feel familiar to any Mario fan, even with its radically different presentation. Bowser has kidnapped Princess Peach with plans to force her into marriage, and Mario is in pursuit. This time around, he’s accompanied by a sentient cap named Cappy. By tossing Cappy onto an opponent’s head, Mario can take on or “capture” their abilities for his advantage.

Odyssey’s sandbox format as opposed to a more linear run-and-jump gives the player freedom to roam, building off the potential of previous titles like Super Mario 64 and Super Mario Galaxy. Get creative and try on new powers — Mario always had a lot more to him than his day job anyway.

Super Mario Odyssey for Nintendo Switch is one of the best-rated games in the series.