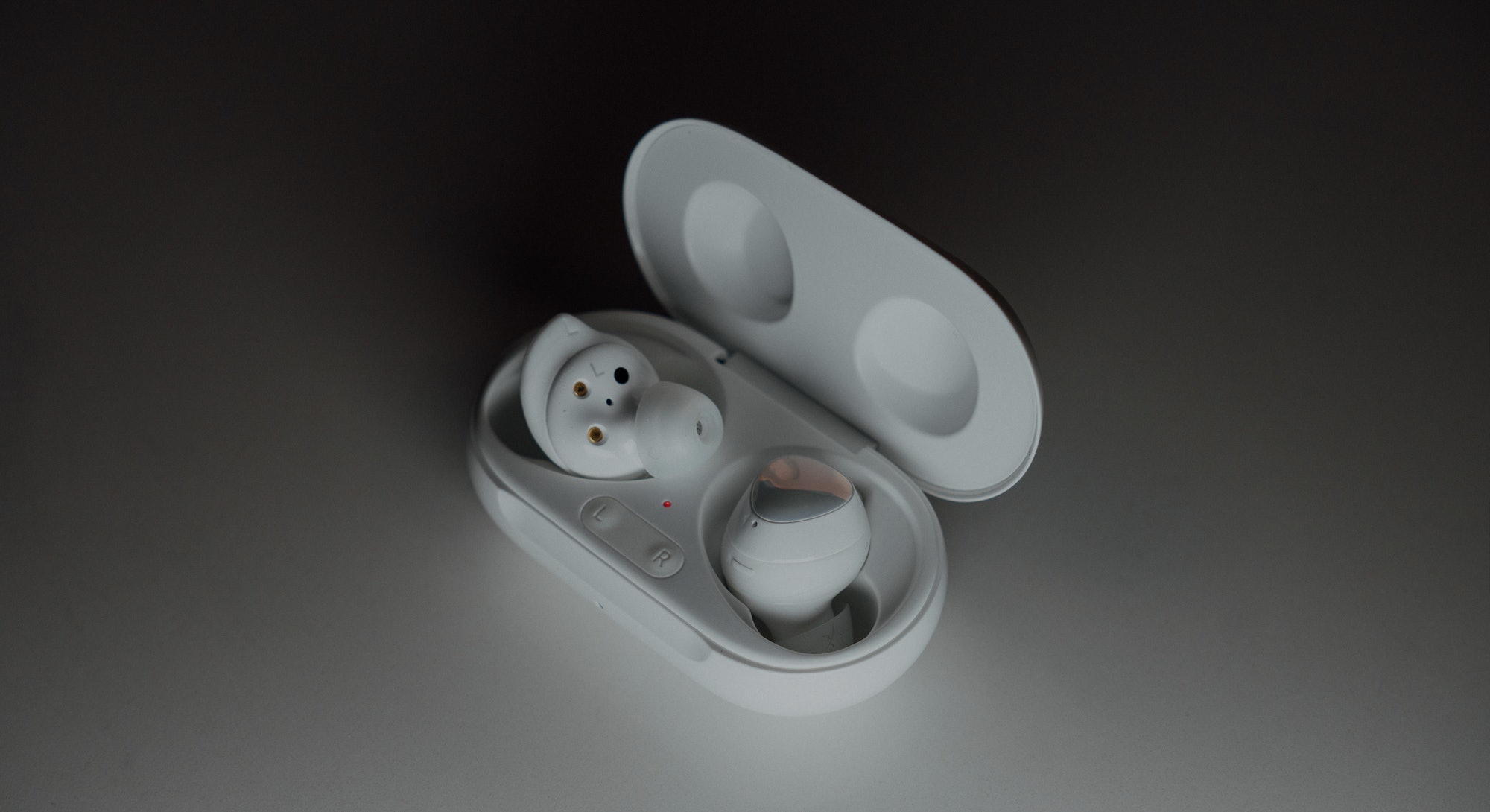 As the world bemoaned the death of the headphone jack on the iPhone 7 in September 2016, AirPods would launch only a few months later and take the world by storm.

But the headstart that AirPods had is quickly shortening. Everyone making true wireless earbuds has stepped up to challenge AirPods and the best one yet is Samsung’s Galaxy Buds+.

I have five main criteria that wireless earbuds need to check off to be considered excellent: comfort, sound, battery life, connectivity, and case size. The Galaxy Buds+ score high on all five with their long-lasting 11-hour battery life being the main reason I reached for them instead of AirPods.

At $149, Samsung’s new wireless earbuds also cost $10 less than regular second-gen AirPods. Galaxy Buds+ don’t compete with the AirPods Pro or Sony’s WF-1000XM3 when it comes to sound quality — the Buds+ don’t have active noise-cancellation, only passive noise-cancellation — but that may not be a deal-breaker if you don’t need the extra sound-blocking.

Samsung didn’t go back to the drawing board for the Galaxy Buds+. They’re virtually indistinguishable from the previous Galaxy Buds, which themselves were an evolution of several generations of Gear IconX wireless earbuds.

I tested the white pair with matching white case, but they also come in black, light blue, and red. They’re a good size; they’re small and not too bulky in any one direction and the pearlescent touchpads are a sleek detail. And they fit nice and snug in my ears.

There are a pair of silicone ear tips and rubber wingtips pre-installed and two additional pairs of each for smaller and larger ears included in the box. Pretty standard stuff. Also included in the box: a USB-A-to-USB-C cable but no power adapter, which is also standard (AirPods come with a cable and no charger, too). I’m fine without the power adapter since I have tons at home and like who doesn’t have one?

Important to me (maybe not you) is the size of the charging case. It’s barely larger than an AirPods Pro case and holds 11 hours of battery life. I know plenty of people who are just fine with larger or heavier charging cases, but I can’t stand anything significantly bigger than the AirPods case. Nobody should ever mistake a bulging wireless earbuds case in your pocket for something else. Ever. Glad Samsung realized this.

I don’t own regular Galaxy Buds, so I can’t say whether the Galaxy Buds+ sound way better. However, I did a few listening tests to see how they compared to my second-gen AirPods, AirPods Pro, and Sony WF-1000XM3. These are arguably the three most popular true wireless earbuds and the ones I always recommend when people ask.

There’s a good amount of separation and bass. I always do a listen of Bach’s “Cello Suite No. 1 in G Major” when I’m testing new wireless earbuds to see how the string separation is and the Buds+ passed with flying colors. There’s just enough bass, but it doesn’t overpower the mids or highs. It’s always nice when Yo-Yo Ma’s performances don’t sound like someone sawing wood.

I also did a listen of Lady Gaga’s just-released “Stupid Love” and the poppy synths and snappy beats are more distinct on the Galaxy Buds than on regular AirPods. Pop and electronic music for sure sound better on the AirPods Pro if only because of the warmer sound. Sony’s WF-1000XM3 lean brighter and highs on songs like BTS’s “On” sound so tinny at times it was a relief to go back to the Galaxy Buds+.

More than anything, the Galaxy Buds+ have amazing battery life. Samsung advertises them with up to 11 hours of battery life on a single charge and I got that. Sometimes I even exceeded it by about 20 to 30 minutes (likely because I was listening at lower levels).

The Galaxy Buds+ are definitely going to be my go-to wireless earbuds for long flights.

I can’t praise the battery life enough. While most people will rarely have wireless earbuds in their ears for more than 5 hours, I can think of a few situations where I need more, like a cross-country or international flight. My AirPods Pro usually die during a flight from New York to Seattle and I’m forced to wake up to pop them back in the charging case. The Buds+ are like the Energizer bunny, they just keep going. They’re definitely going to be my go-to wireless earbuds for long flights.

Dare to be different

Many true wireless earbuds have tried, but none have really come close to beating AirPods. Samsung’s Galaxy Buds+ are cheaper, sound better, last longer (on a single charge) than second-generation AirPods, and come with a charging case that’s just as compact.

Again, they’re in a different class than AirPods Pro and Sony WF-1000XM3, which have better active noise-cancellation, so it’s an unfair comparison. However, if Samsung can figure out how to add ANC to Buds+ without increasing the size and charging case and sell them at less than the $250 Apple and Sony’s buds ask for, it could definitely have another winner.

At $149, the Galaxy Buds+ are easily the best non-AirPods true wireless earbuds I’ve used. They’re not without some issues, but they’re all relatively minor. I had some issues pairing the Buds+ to my MacBook Pro at first and others have told me they experienced more interference and connectivity drop-outs than AirPods. And obviously, you don’t get the same integrated pairing and switching you get with AirPods on iOS and Macs. But overall, the Galaxy Buds+ are a homerun. If you don’t want to follow the AirPods pack, get these, unless you really need more noise-cancellation.

The Galaxy Buds+ lasts up to 11-hours of battery life on a single charge.