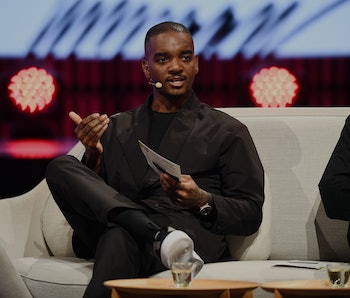 With the Black Lives Matter protests that have been going on across the world, many social media users have been encouraging support for black-owned businesses as an additional measure. One such business, A-Cold-Wall*, is looking to pass it on to others, as it's announced £25,000 (~$31,500) in grants for independent, black-owned companies.

Founder and designer Samuel Ross used Instagram to announce the initiative, which also included a £10,000 (approximately $12,000) donation to an unnamed charity supporting the movement. Businesses eligible for the £2,500 (approx. $3,150) individual grants must be in one of 10 categories, which include tech, education and training, and fashion and retail.

The grants should be awarded quickly — Ross has promised to respond to grants submitted to the email address foundation@a-cold-wall.com within 24 hours, and that his team will decide on the recipients speedily, too. Once awarded, he says the funds will become available within 12 to 72 hours — making the impact clear and immediate.

"My Heart and soul is with our brothers and sisters in the USA," Ross said in an Instagram post prior to the announcement. "I am with you in solidarity, and in spirit. ... Economic support will assist in expediting and compounding resources — tangible change."

Fashion as politics — After working under the tutelage of Virgil Abloh, Ross branched out on his own to launch A-Cold-Wall* and has seen astonishing success in the five years since. He was a finalist for both the LVMH Prize and ANDAM Award, as well as GQ's Emerging Designer of 2018. Core to the brand is the style of Britain's working class, as inspired by his roots growing up in Brixton in London.

"I feel that fashion needs to be political because it reaches millions of people on a day-to-day basis and it really can be the hand that pulls people through the glass mirror," Ross told Vogue in a 2018 interview. "It really can change things."

By passing on some of his financial success to other black-owned businesses, Ross is doing just that. His largesse is also likely to see him avoid falling prey to the meme machine that's had its way with his former tutor.