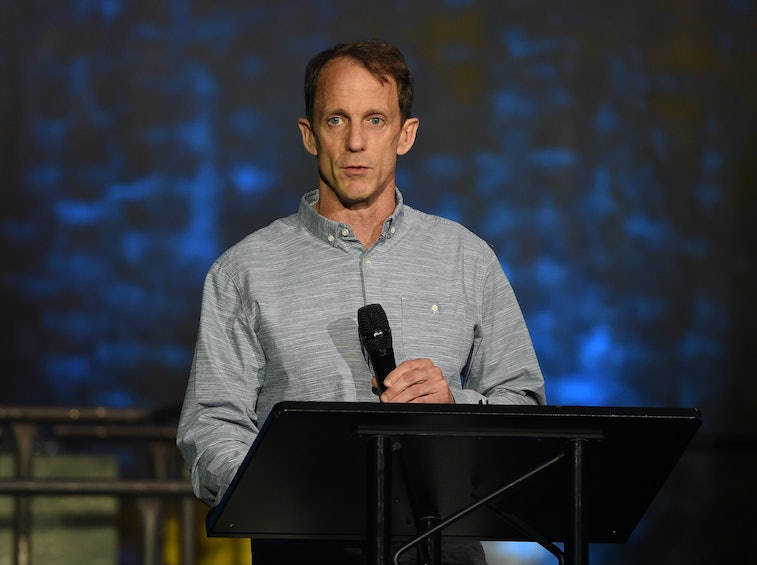 Adidas’ global brands director Eric Liedtke — who led the sportswear giant to partner with Kanye West’s Yeezy and Beyoncé’s Ivy Park — has left the brand to launch one of his own. Dubbed Unless, Liedtke’s label plans to be the “next Supreme or Yeezy, but from a sustainable standpoint,” according to a Business of Fashion interview.

Committing to zero-waste and zero-plastic practices, Unless will continue Liedtke’s efforts at Adidas, where he worked on reducing the company’s environmental impact. And with consumers shopping more sustainably than ever, Liedtke hopes his brand will have an opportunity to address how wasteful the fashion industry is.

Streetwear is unsustainable, unless… — Launching as a plant-based brand, Unless’ apparel is expected to be plastic-free and made with organic alternatives, allowing the clothing to decompose at the end of its life cycle. The brand’s first drop — expected this fall — will include a series of graphic tees, flannel shirts, and hoodies all produced in collaboration with local artists from Portland, Oregon. More apparel is expected to launch next spring and summer.

Yet the success of Unless doesn’t necessarily rely on Liedtke’s designs. If the brand wants to cater to the same audience as Supreme or Yeezy, what really matters is exclusivity: The more limited, the better. For hypebeasts, there’s a sense of accomplishment in scoring something that not everyone can cop.

By making Unless sustainable, however, Liedtke has already ensured exclusivity. True eco-friendly streetwear should be made ethically in small batches — meaning limited stock is available to consumers.

Major potential — Paul Gaudio, who also formerly worked with Adidas as its creative director, joins Liedtke as a co-founder of Unless, strengthening the brand’s impact on the fashion industry. Unless has also already received a $7.5 million seed funding round that values the brand at $30 million — a number expected to increase come launch day.

Liedtke’s new venture appeals to consumers looking to ease their own eco-anxiety — something Unless takes note of with the tagline “Don’t Feel Bad” — and will hopefully inspire other streetwear labels to move in a more sustainable direction. As of now, streetwear is one of fashion’s most unsustainable industries: Its relentless cycle of drops, collabs, pop-ups, and shows encourages consumers to overindulge in exclusive pieces, which are produced at a similar, unrelenting pace. Unless has the potential to reshape the streetwear industry — if the space is willing to change.