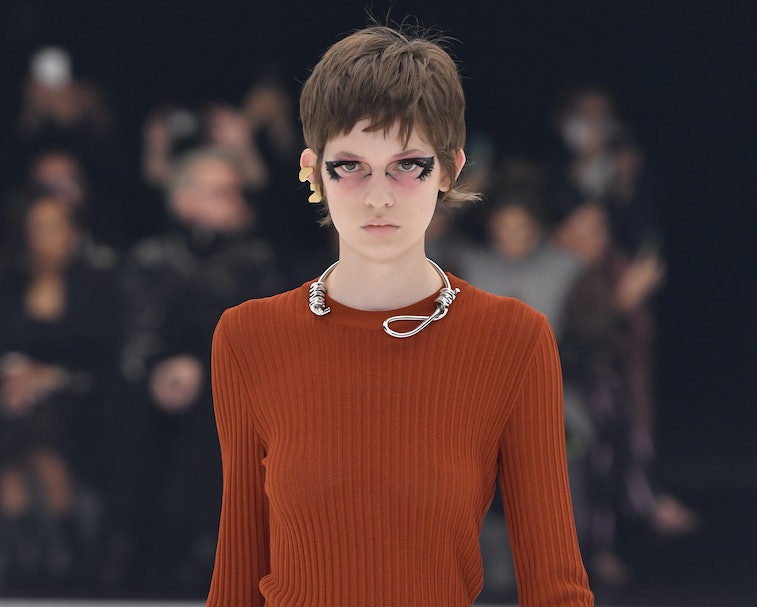 Matthew W. Williams is just over a year into his tenure as creative director for mens and womenswear at Givenchy, and already he finds himself under intense scrutiny. The designer and luxury house are facing criticism for a noose-shaped necklace sent down the runway over the weekend at Paris Fashion Week.

Neither Williams nor Givenchy have yet to issue a comment in response to denunciation for the design that invokes both the history of Black being people being lynched and suicide. One tweet referred to the necklace as dragging Givenchy’s collection “back to 1822,” while another said, “I guess a swastika, or a model carrying a gun, or wearing a white hood, were all too edgy.”

Burberry faced similar backlash in 2019 for showing a hoodie with an embroidered noose at London Fashion Week. Diet Prada described Givenchy’s necklace as “dangerously close to that same territory,” while adding, “Really makes you wonder how no one noticed, but alas… history repeats itself.”

How Burberry responded — Following criticism, Burberry CEO issued an apology and said the lynch design “was insensitive and we made a mistake” The brand would go on to announce a series of diversity initiatives within the company that included training and education for employees, measures to make its staff more inclusive, and support for outside organizations involved in diversity and inclusion.

Riccardo Tisci, chief creative officer of Burberry since 2018 and formerly the head creative for Givenchy, also took to Instagram to apologize for his role in the noose design. “I'm deeply sorry to anyone whose feelings I unintentionally I have hurt," he said. "I am a man of my principles and I take my responsibilities seriously. I am committed to learn from this so that this never happens again."

Having seen such a public mea culpa by Burberry just two years ago, it’s shocking that anyone within the industry could forget so quickly. Givenchy will likely go through the same series of responses in the days and months following, but if brands need to make the same mistakes themselves to learn from them, it’s clear the fashion world is still due for a much wider reckoning.