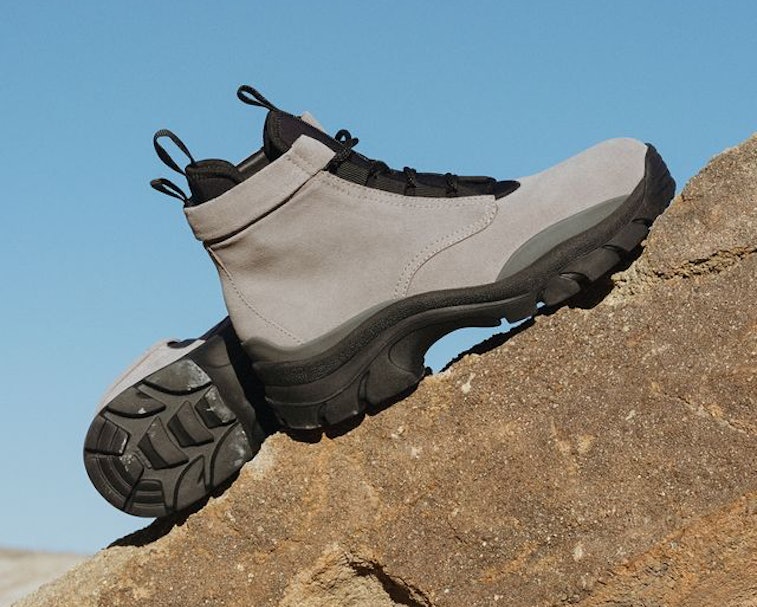 In 2016, Nike debuted its HyperAdapt 1.0, the first multipurpose performance shoe to feature power lacing. Since then, the brand has released a handful of auto-lacing models, including the updated Adapt BB shoe. But now, designer John Elliott has plans to sell his own self-lacing shoe — kind of — starting with a high-end boot.

Although Elliott’s design is clearly inspired by Nike’s lacing technology, it’s not quite the same. Nike uses a battery-powered motor to lace up their high-tech sneakers, while Elliott’s boots use a manual pull tab — still cool, but it can’t hold a candle to Nike’s futuristic design. For now, though, it looks like the two brands have separate markets. Rather than creating an auto-lacing basketball shoe — which Nike has already done — Elliott is bringing the self-lacing feature to a more refined luxury audience. And while his shoe won’t drop on SNKRS, it’s sure to sell out just as fast.

Giving laces the boot — Elliott’s shoe, dubbed the "Speed Lace Up" boot, arrives at just the right time — outdoor gear has been trending since the pandemic closed most vicinities other than parks and backyards. Like Gucci and The North Face’s extensive camping collaboration, these boots embody a new demand for quality practical wear.

Crafted in Italy, Elliott’s boots boast a soft suede calf leather upper, neoprene liner and tongue, and rubberized leather rand. Each step is supported by a beefy Vibram outdoor hiking sole and green-branded insole. Of course, the shoes’ defining feature is their ability to lace themselves, which is made possible by a nylon webbing quick-lace system with pull tabs.

Now that Elliott has his hands on the auto-lacing technology, he’s eager to get it on more feet. His self-named brand announced it would debut a full range of silhouettes to follow throughout the spring. With time, we might even see Elliott’s pull tab lacing system evolve to include a motor.

Lacing and long-lasting — For now, John Elliott’s Speed Lace Up boots can be copped January 27. At $598, a pair runs for a lot more than Nike’s lace-up sneakers, but is built with similar technology and added luxury material. Whether you’re wearing them to actually hike or just flex, Elliott’s boots will last you a long time.

Check out Elliott’s website to buy or peruse — the brand dropped a brief video detailing the careful craftsmanship behind each shoe, featuring music from Nosaj Thing and art direction by Paulo Rafael. At the moment, it’s the closest some of us will get to the Speed Lace Up boots.