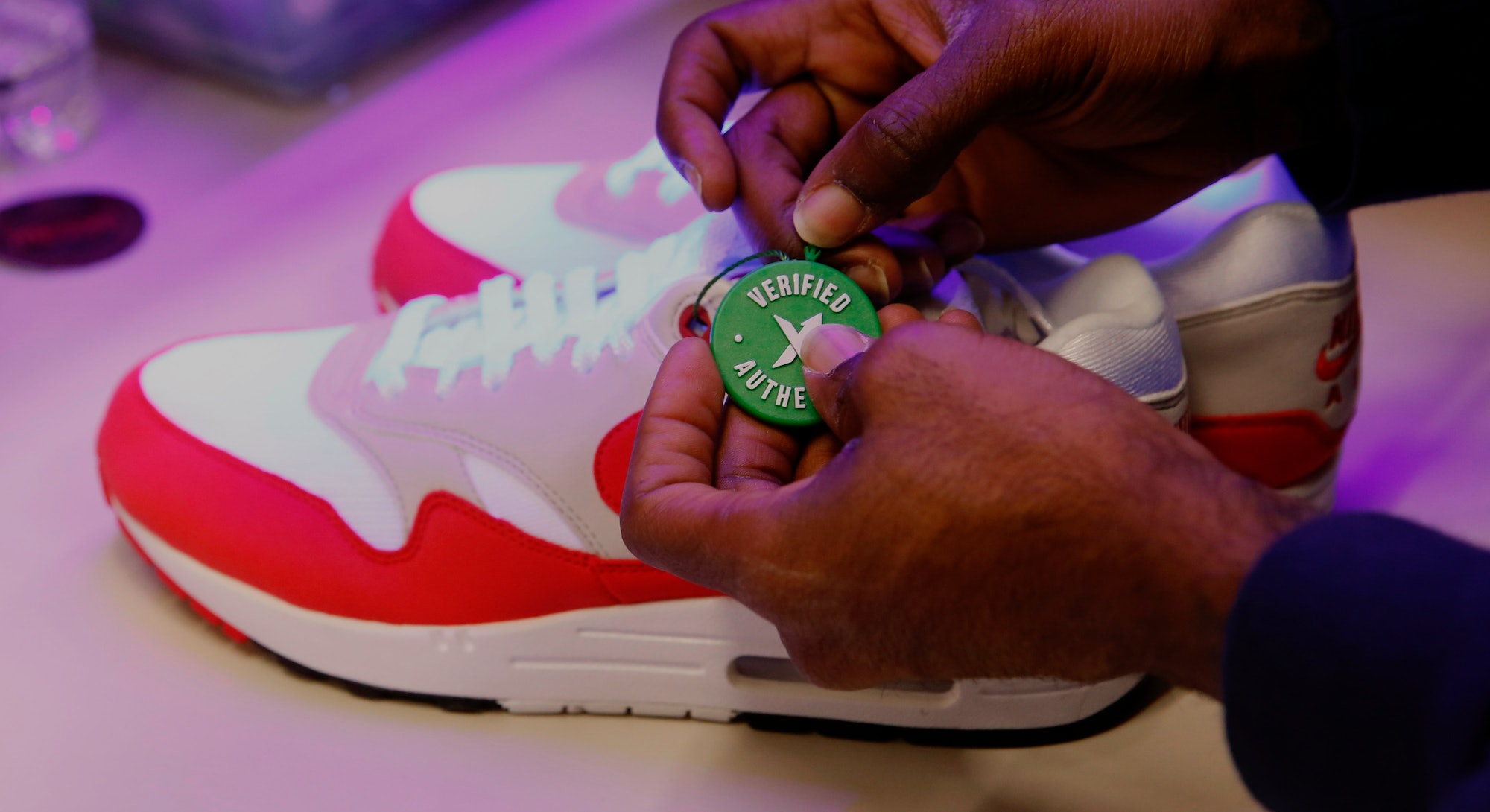 As Stock X has emerged as the dominant platform for reselling sneakers, it’s brought with it a horrific trend to adorn its marked-up offerings.

In just five years, StockX has reached a valuation of $2.8 billion after its latest round of funding. The Detroit-based company backed by Cleveland Cavaliers owner Dan Gilbert began as a middleman of sorts for the secondary sneaker market. The market decides what sneakers are worth, with sellers placing asking prices and potential buyers making bids. Once a sale is complete, sellers ship the kicks to StockX for authentication before they make their way to the buyer.

StockX has expanded to other covetable goods across the years, including streetwear, handbags, watches, trading cards — and most recently, gaming consoles. It’s the corporate symbol for just how mainstream sneakers have become and how inequitable the pursuit of them is. Trying to buy a pair of crazed sneakers is now a game of winners and losers. Those who win often use illicit means to secure the shoes, and the real prize is being able to sell them to the losers at an inflated price. eBay, Stadium Goods, and GOAT are other platforms for this phenomenon — but no one has cornered the market like StockX, despite its history of unsatisfactory customer service.

Somehow, flaunting sneakers bought on StockX isn’t enough. Many customers have taken to leaving on StockX’s plastic tag — the company’s badge of authenticity — for wear. Out there in the world are the kicks you so desire, strolling the streets with a bright green chip dangling forth. You’ll even see it on Instagram, where users post photos of their tagged sneakers not in the box, but on their feet.

Ostensibly, leaving the StockX tag on is a way to signify to onlookers that sneakers — or even hats(!) — are indeed legitimate. Bootleg kicks are rampant, and the third-party tag serves as evidence that its wearer has not been duped or has not sunk as low as turning to fakes. Never mind that it only takes a cursory Google search to buy duplicates, or that scammers have been caught using them while trying to sell fake sneakers to Round Two.

Failure to remove the tag is an act of sneaker insecurity. It’s little feet energy. Who cares if someone else may think your sneakers are fake? The joy of wearing them should come from within. It should be a pleasure in knowing that you’ve successfully attained what you’ve yearned for. Only the most nosy, irritating person would go around looking to spot fake kicks — and nobody should take measures to appease these cretins. I myself have a Supreme box logo hoodie I’m almost sure is a replica, and no one has ever questioned it.

Being forced to pay exorbitant resale prices is nothing to be proud of either. The fact that sneakerhead culture has come to this — driven in large part by a horde of now-interested outsiders — is gross. No one should have to pay $700 for shoes that retailed for $190. I don’t fault anyone for giving in to temptation and falling prey to the predatory market created by scarcity and hype. If you can afford such a reckless purchase and going through with it makes you happy, go for it. But you don’t need to wear a symbol for overpaying. The sneaker may indeed be cool, but the price is not.

Another sort of tag flexing was prevalent in the 2000s, when leaving the sticker on New Era’s 59fifty cap with the brim still flat was en vogue. Together, the pristine brim and sticker signified that the hat was brand new — even if it was still worn well after purchase. The baseball is a largely timeless accessory, and trendiness comes via subtleties. Before dad caps and before snapbacks took hold in the last decade, it was through stickers that hat wearers sought to differentiate themselves.

Key and Peele lampooned the sticker trend with the excellent “Dueling Hats” sketch in 2012. In the skit, the two comedians square off with increasingly absurd and unwieldy flexes to signify just how new their hats are. Stickers and hang tags give way to a shopping bag, receipts, display case, and eventually a full headtop workstation with a woman manufacturing hats. Little did we know, the trend would actually morph into something smaller and move down to the feet.

Virgil Abloh has contributed his own debate-worthy tag through Off-White’s signature red, branded zip-tie. It comes attached to most every piece of Off-White apparel and footwear, including its high-profile collaborations with Nike. The question of whether it should be left on or removed has persisted for years, with many choosing to treat the tag as as much of the design process as the sneaker itself. Off-White seemingly settled the issue back in 2017, when it released an instructional video on what to do with the tags. Despite the clear instructions to “cut the tie” and “leave it alone,” it still persists in everyday wear.

When it comes to sneakers, people need to realize that the kicks themselves are already the status symbol. Taking further measures to show off is egregious douchebaggery, even if not unprecedented. Would you leave the stickers on your new car or the tags on a new watch? Of course not.

So please, I’m begging you: take off that green StockX chip. It’s not impressive — it just shows how depressing the sneaker landscape has become.